There is still strong evidence that indicates that only about 10% of the total architect and engineering workforce is composed of women, revealing that more efforts are needed to increase not only interest for girls in entering the field, but also retention rates.

Despite the enormous gains that women have been making in the past twenty years in the global workforce, unfortunately, large disparities between women and men—representing both pay and presence in certain fields—continue to be a big issue. A recent publication from The World Economic Forum highlights the severity of the problem: in 2017, only 11% of the total representation in the combined fields of architecture and engineering is comprised of women. 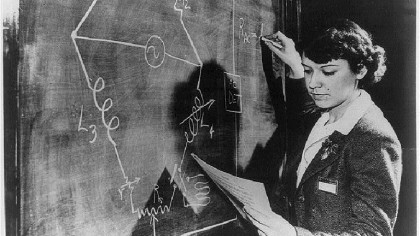 So, how do we explain this disparity? To do this, a multi-perspective approach is required. For this reason, some academics and researchers have developed a concept known as “the pipeline challenge”, a kind of scale which tracks the relative levels of motivation, opportunity and retention rates of females working in the field of engineering. The idea is to pinpoint with greater accuracy ‘the point where it goes wrong’ and also see if there are some stages along the career of a female engineer for which maintaining higher numbers becomes more difficult.

Of course, visibility is everything, as the #Ilooklikeanengineer Twitter campaign illustrates.

When it comes to engineering, we've got loads of girl power.

We'll be bringing some of our team to the @SWEtalk #WE17 conference in Austin, TX this week. Stop by booth #611 to see what makes so many of our women employees say "#ILookLikeAnEngineer." pic.twitter.com/Bf3mWgCQt4

At the beginning of the pipeline, there seems to a broad issue of girls’ lack of awareness of careers available in engineering. Most of this is largely motivated, no doubt, by the popular misconception that the sciences and engineering ‘are for the boys’.

Another factor which emerges, later on, is the decision behind why most females enter engineering—due to of one of these three factors (or some combination):

• Encouragement from an influential teacher

• A male family member or close male friend became the model for them.

• Through not much planning or effort, they simply ‘fall into the field’.

The common thread is here is that without some external motivating factor, the chances become much smaller. Why is there not a natural impetus to enter engineering?

Another issue that must be addressed is the relatively low retention rates of female engineers. Three factors account for this:

• A decision to no longer engage with the daily task of breaking down barriers.

• The idea that there is ‘only room for one’, particularly in engineering firms.

Naadiya Moosajee, co-founder of WomEng, an organization that has taken on the lofty mission of “developing the next generation of women engineering leaders around the world,” comments on the perceptions about female engineers that still dominate: “As a female engineer, when I introduce myself I still get looks of surprise.

She began two impactful initiatives: the GirlEng STEM education program and Pink Hard Hats, The first is a powerful education-centered program that encourages girls to go into the sciences, particularly during high school, a critical time for young people choosing their career paths. The second, as the name implies, involves using pink hard hats to change perceptions with your girls about what is considered ‘men’s work’. Even Canadian Prime Minister Justin Trudeau gave a nod to their efforts by wearing the hat at the World Economic Forum in Davos in 2016.

We must all be willing to actively challenge our ideas and work diligently in our respective places of work and education to make sure that opportunities for women in engineering thrive, not merely taper off due to our own indifference or that of others.