Two recent reports indicate that the cost of wind power will continue to decrease, making it one of the most affordable green alternatives on the market. This is all while wind technology and efficiency continues to improve.

Other areas of world news might not be incredibly promising right now, but two recent reports show one global topic that's hopeful -- wind power. Two separate studies say that wind power is getting both cheaper and exponentially more efficient.

The Cost-Efficiency of Wind Power

The first major report comes from the U.S. Department of Energy and its yearly Wind Technologies Market Report. The report uses data from cost trends, performance measures, and growth of the market overall to make its analysis. The data showed that (at least for the United States) wind energy will continue to decline in cost with long-term pricing estimates coming in at half the current cost of natural gas.

The report also details how wind energy frequently remains cheaper than the going market rate for electricity. This is due to how wind energy is purchased. Wind energy is purchased through PPAs or power purchase agreements. PPAs are also used for solar power agreements as well. Basically, a developer arranges for permitting, financing and installation of an alternative power project on someone else's property at a reduced cost. Those PPA costs have consistently dropped over the last two decades, according to the report. As the costs have gone down, buyers have been able to get wind power at incredibly low rates.

Why have we seen a drop in pricing? Well, in 2016 alone, the U.S. wind industry saw $14 billion in new investments. Some researchers estimate that if investors continue to pour into the industry, wind will be more competitive than most other natural resources in less than a decade.

Improving the Technology of Wind

A separate study comes from a research team at Atmosphere to Electrons. The group is a Research & Development program exclusively for wind power at the National Renewable Energy Laboratory (NREL).

The team has been working on a new system for improving wind technologies. They've dubbed it the System Management of Atmospheric Resource through Technology or SMART for short. Ultimately, SMART technologies should improve performance by designing better plants and turbines and also improve how wind technology is integrated into a grid.

One of the biggest physical improvements in wind power comes from the rotor diameters increasing within the last year. This allows turbines to capture more wind at higher heights. Thus, they can get steadier winds and provide more consistent energy. Turbines have also seen a growing capacity factor (or the ability to produce more energy).

To see just how much their SMART tech would improve current wind power, the NREL crew ran a simulation. They set the simulation in 2030 at a wind-power plant using the full SMART resources. The team held the standards of wind conditions to a national average. The results showed an estimated 50 percent drop from today's costs -- and those costs were completely unsubsidized. The simulation generated costs of $23/MWh. The NREL also estimated that investment in SMART wind power and similar technologies could result in over $150 billion in savings cost over the next 30+ years.

If anything, this research reflects international changes and growing interest in wind power throughout the world. It's not just respective governments investing in wind power and its potential. Countless of private companies are entering the market as well. 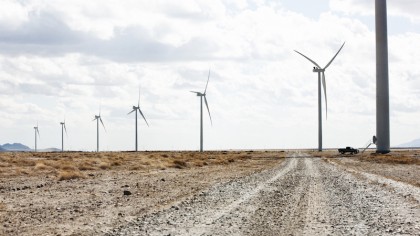 Vestas, world's largest wind turbine maker, recently announced a partnership with Tesla Inc. and the company's Powerwall system. Both Vestas and Tesla would add the collaboration to a growing list of global partnerships to improve wind energy. Vestas has one of the most extensive collections of turbines throughout Europe. Tesla is currently testing its Powerwall technology with wind power in South Australia for a power project of sorts.

Via: Office of Energy Efficiency and Renewable Energy, NREL