A recent discovery may help doctors figure out a new way to treat chronic fatigue syndrome, a medical condition that affects up to 2.5 million people in the United States every year.

Chronic fatigue syndrome, or CFS, is a medical condition that affects up to 2.5 million people in the United States every year. According to the CDC, nearly 90 percent of those individuals who meet the criteria for CFS is not diagnosed with the condition and, as such, receive no treatment for it. A recent discovery may help doctors figure out a new way to treat chronic fatigue syndrome, providing one more piece of the puzzle for sufferers across the country.

What Is Chronic Fatigue Syndrome?

Chronic fatigue syndrome is a condition that causes extreme fatigue, in addition to other symptoms. Specifically, this condition is defined as fatigue that lasts longer than six months. It’s also accompanied by flu-like symptoms such as muscle pain, headaches, sore throat and problems sleeping.

Many people who suffer from these symptoms attribute them to other diagnoses and don’t visit their doctor, so the condition is never diagnosed. Even for those who have been diagnosed with CFS, the cause remains a mystery. There is no cure for this condition, and there are no known causes. It is most common in women over the age of 40.

CFS and the Immune System 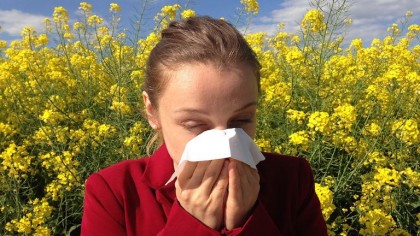 When an immune response is needed, the body releases cytokines. These chemical messengers are used to coordinate the body’s immune response. In individuals with CFS, the body doesn’t stop producing cytokines once they are no longer needed.

Studies have found that individuals with CFS have elevated levels of these cytokines in their bloodstream, which can be indicative of the condition.

This discovery provides one thing doctors have been missing since CFS was discovered — a means to accurately diagnose the condition that doesn’t involve trial and error. Historically, CFS was only diagnosed after other conditions were ruled out. Since so many conditions share symptoms with CFS, it often became a case of searching for a needle in a haystack.

Now, though, doctors can complete a blood test to look for those elevated cytokine levels to get a quick and accurate diagnosis. No more trial and error, and no waiting months or years for a diagnosis.

While there is no cure for CFS, once it has been officially diagnosed, doctors can create the best treatment for each individual case.

This brings chronic fatigue syndrome into a new light — instead of being a fad condition or a catch-all for any type of fatigue doctors couldn’t diagnose, it has become a legitimate condition that has its own test.

Now that the medical community has an idea of what causes chronic fatigue syndrome, it’s time to take the next step — looking for a cure. It might lie in the condition’s ties to the immune system, or in the possible ties to gut bacteria that have been studied to learn about the connection between CFS and irritable bowel syndrome.

Whatever the case, researchers now have a place to start. They’ve accepted the fact that chronic fatigue syndrome is a real thing, and they know how to diagnose it. A blood test will need to be developed to target the cytokines because they aren’t normally found in a typical blood panel. Once that is done, individuals with chronic fatigue syndrome will be one step closer to treatment and an eventual cure.

Via: LiveScience, WebMD, Centers for Disease Control and Prevention