New Self-Aware Robotic Arm Can Recognize and Repair Itself

The research is a major stepping stone toward full-machine self-awareness in robotics.

The capacity to imagine oneself and recognize oneself is very unique to the human experience. In fact, self-awareness is an aspect of humanity, that makes us human. Nevertheless, robots may soon share this ability with their human counterparts.

Engineers have recently created a robotic arm that can “imagine” itself. This new “reflective robot” uses this self-awareness to adapt to different situations and tasks. Though it may seem like a novelty, self -awareness in robotics will be a crucial component in ushering in the upcoming artificial intelligence and robotic revolution.

What is more impressive, is that the robot had no prior knowledge or experience before imagining itself. As part of a research project at the Columbia University School of Engineering and Applied Science, the robot had no knowledge of physics, geometry, or motor dynamics.

The robot could have guessed that it is a rabbit, dog, or monkey. The Columbia University robot even knew nothing about its shape or dimension.

Just within a day of intense computing or what is known as babbling, the robot created a self-simulation. As mentioned above, the new entity used this self-simulation to help itself take on various assigned tasks.

The new self-aware robotic arm used its newfound self-awareness to even help itself detect and repair damage to its own body. For the robot to reach and create its own self-simulation the arm used a combination of deep learning and machine learning techniques, the underbelly of artificial intelligence. 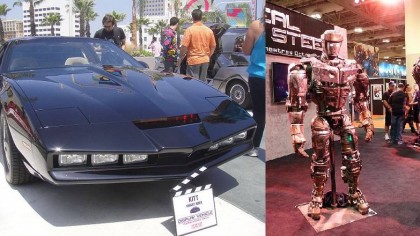 In the study led by Ph.D. student Robert Kwiatkowski, the team used a four-degree-of-freedom articulated robotic arm. Originally the robot moved randomly and inaccurately. However over a 35 hour period, the robot “learned” through these movements, eventually making its own discovery.

With the robot and this study, the head researchers on the project hope to use their findings to move from more narrow-AI tasks to more general abilities.

As mentioned in the study, “While our robot's ability to imagine itself is still crude compared to humans, we believe that this ability is on the path to machine self-awareness”.

Self-aware robots are no longer just a science-fiction plot device. The question is not “if” robots will think like their human creators, but rather “when” this will happen. Though this robotic arm is far from pondering the meaning of life. This study is a marker for what is to come in the robotic future.

As mentioned in the study, "Self-awareness will lead to more resilient and adaptive systems but also implies some loss of control. It's a powerful technology, but it should be handled with care."