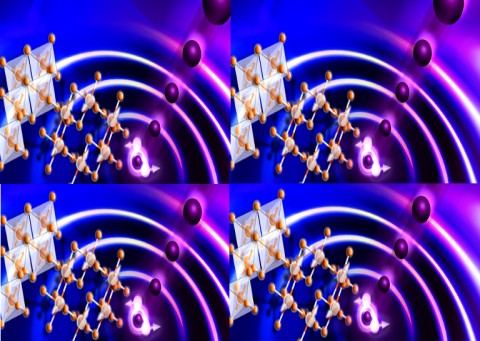 According to the University of Cambridge website, an entirely new state of matter has been detected in a two-dimensional material. The state is known as quantum spin liquid and it causes electrons to break into pieces. This new state of matter is mysterious because it was previously thought that electrons were indivisible building blocks of nature. This new state was predicted forty years ago but had not been observed until now. Quantum spin liquids were thought to be hiding in certain magnetic materials but they had never before been seen in nature by researchers. The team of researchers who made the discovery measured the first indicators of these particles, known as Majorana fermions, in a graphene-like material.

"Their experimental results successfully matched with one of the main theoretical models for a quantum spin liquid, known as a Kitaev model. The results are reported in the journal Nature Materials. The observation of one of their most intriguing properties — electron splitting, or fractionalization — in real materials is a breakthrough. The resulting Majorana fermions may be used as building blocks of quantum computers, which would be far faster than conventional computers and would be able to perform calculations that could not be done otherwise." - University of Cambridge

Knolle and Kovrizhin’s co-authors, led by Dr. Arnab Banerjee and Dr. Stephen Nagler from Oak Ridge National Laboratory in the US were the researchers responsible for carrying out the experiments that led to the discovery of this mysterious new state of matter.

In normal magnetic material, the electrons behave like tiny bar magnets. When this material is cooled to a low temperature, the magnets will order themselves so that all the magnetic poles point in the same direction. But in a material containing a spin liquid state, even if that material is cooled to absolute zero, the tiny magnets do not align. Instead, they form an amorphous sea caused by quantum fluctuations. The researchers used neutron scattering techniques to locate the existence of this new state of matter. They were able to detect this new state by observing the ripple pattern that was created on a screen when the material was scattered. 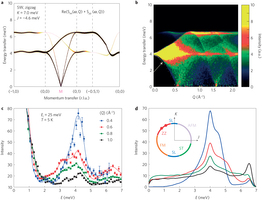 One of the co-authors of the paper, Dr. Dmitry Kovrizhin said that before the experiments were carried out, he didn't even know what the indications of a quantum spin liquid state would look like. But, like many scientists, he did provide the hypothetical framework for such an experiment by posing the question, "What would I observe if I did see evidence of a quantum spin liquid?" This kind of hypothetical questioning has been used by his team in the past and has proven to be quite useful. Kovrizhin went on to say, “It’s fun to have another new quantum state that we’ve never seen before – it presents us with new possibilities to try new things.”

To get up to speed on Majorana fermion, watch the video below that was created by the Wikipedia-minded people. This YouTube channel, called WikiAudio, is the audio version of Wikipedia, and is being created for the purpose of helping vision-impaired people access the benefits of Wikipedia via audio: