The effects could end up rippling across the planet, warming the planet's overall temperature.

Global warming is happening across the planet, reshaping the environment and the species of animals that live within it.

However, the process of global warming is happening twice as fast in the Arctic, compared to other places across the planet, a cause for concern among scientists.

Dubbed, Arctic amplification or AA this warming of the artic has caused the melting of the Arctic's sea ice, an issue that could have far-reaching effects in the near future.

Lead by researchers from the State University of New York, Albany and Institute of Atmospheric Physics, Chinese Academy of Sciences, the team of atmospheric scientists published a report detailing the effect of sea ice loss on Arctic warming.

In their published report, the team used historical data to predict the effects of the rise of greenhouse gases in the Arctic. In short, scientists do not expect Arctic amplification to slow down anytime soon.

Amid their information, the team does not believe that AA will slow down until the 22nd  and 23rd centuries after a majority of the ice from the Arctic has melted away.

In short, without the ice in the Arctic, it makes it hard for the region to appropriately maintain its colder temperatures, effects that will ripple across the northern hemisphere. 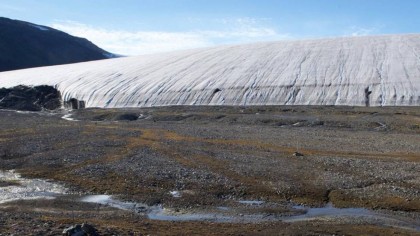 Lead author Aiguo DAI shares his concerns in the report, stating  "When the sea ice melts away completely, this elevated warming will also disappear and the warming rate in the Arctic will be similar to the rest of the world."

"Rapid Arctic warming and sea ice loss are attracting a lot of attention in the media, public and scientific community. Our study links the two together and suggests that the sea ice loss is causing the rapid warming in the Arctic."

When the ice melts, it makes its way into the atmosphere. Scientists continually warned that the melting of Arctic sea ice will greatly enhance global warming but will affect you even more directly.

The Effects of COVID-19 on the Travel and Accommodation Industries

Downwinders and the Tragic Legacy of the Film 'The Conqueror'