New Study Finds Memory Loss Could Be a Sign of Hearing Loss, Not Alzheimer's

When it comes to Alzheimer's, there is much to fear and often little good news. The disease that, according to the Alzheimer's Association affected over 5.7 million people in the US alone in 2018, wreaks havoc on the brain.

However, a new study is bringing some hope to the chances of not having the disorder. It turns out that memory loss in older adults need not necessarily be early warning signs of the disease but simply hearing loss.

A recent study by Baycrest found that 56 percent of their participants evaluated for memory and thinking issues had some form of hearing loss but a quarter of them showed no signs of a brain disorder. Instead, unfortunately, only about 20 percent of them were using hearing aids, the real cause of their memory loss.

"We commonly see clients who are worried about Alzheimer's disease because their partner complains that they don't seem to pay attention, they don't seem to listen, or they don't remember what is said to them," said Dr. Susan Vandermorris, one of the study's authors and a clinical neuropsychologist at Baycrest.

"Sometimes addressing hearing loss may mitigate or fix what looks like a memory issue. An individual isn't going to remember something said to them if they didn't hear it properly."

Considering that hearing loss is the third most common chronic health condition amongst older adults, it is rather surprising that no one had thought to run such a study before. 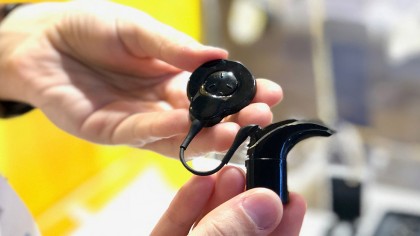 Pioneering Implant Company Bring Hope to Those With Hearing Loss

"Some people may be reluctant to address hearing loss, but they need to be aware that hearing health is brain health and help is available," explained Vandermorris.

The study's 20 subjects were receiving a neuropsychological assessment at Baycrest and, as a result, took a hearing screening test. This led to different doctor recommendations such as a hearing clinic referral.

"Since hearing loss has been identified as a leading, potentially modifiable risk factor for dementia, treating it may be one way people can reduce the risk," said Marilyn Reed, another author on the study and practice advisor with Baycrest's audiology department.

"People who can't hear well have difficulty communicating and tend to withdraw from social activities as a way of coping. This can lead to isolation and loneliness, which can impact cognitive, physical and mental health."

The study has already led to some impactful change. Baycrest's Neuropsychology and Cognitive Health Program and Hearing Services has now incorporated general hearing screenings into their assessments. In the meantime, Baycrest is also providing educational materials on the new revelation to clients.

The study is published in the Canadian Journal on Aging.