Vaping might help you quit smoking, but it isn’t as safe as you think. According to a recent study carried out at John Hopkins Bloomberg School of Public Health, scientists discovered a significant amount of toxic metals leak from the e-cigarette heating coils generating vapor from the nicotine-filled liquid.

E-cigarettes, typically, make use of a battery that supplies electric current to heat the metallic coil, which in turn heats up the surrounding nicotine-filled liquid (e-liquid). The heat generates aerosol, which is a mix of vapors and tiny droplets formed from the e-liquid.

The results obtained from the study showed that the e-cigarettes generate significant levels of toxic metals including lead, chromium, manganese and nickel, chronic inhalation of which could damage lungs, liver, brain and can even lead to cancer.

Led by Pablo Olmedo, a post-doctoral researcher at the Bloomberg School, the team of scientists tested for the presence of 15 metals in e-liquid samples from the refilling dispenser, aerosol and in the coil-containing e-cigarette tanks. While they found minimal amounts of metals in the refilling dispenser, much larger amounts of  toxic metals were observed in the e-liquid exposed to the heating coils in the tanks.

The metal contamination was even carried over to the generated aerosols by heating the e-liquid. Scientists showed that the difference in the concentration of toxic metals between refilling dispensers and aerosol had almost certainly come from the coils, which are typically made up of nickel, chromium and few other metals.

The study also found that almost 50% of aerosol samples had higher lead concentrations than those defined by the Environmental Protection Agency (EPA). However, the source of the lead still remains a mystery.

The investigation also couldn’t identify how metals get into the e-liquid from the coils. "We don't know yet whether metals are chemically leaching from the coil or vaporizing when it's heated," said Ana María Rule, an assistant scientist in the Department of Environmental Health and Engineering at Bloomberg School. The researchers, however, did find that fresh coils in e-cigarettes generate higher levels of aerosol metal concentrations. 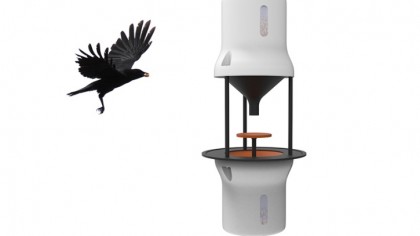 Vaping is increasingly becoming popular among teenagers, young adults, and existing smokers looking to quit smoking. The e-liquid is not only cheap and less irritating to the throat and lungs, but users also have an option to choose from wide range of flavors and nicotine strengths.

However, research shows that some e-cigarette flavors contain toxins that harm cells, and this new study adds to the existing evidence that vaping isn’t entirely safe.

The next step for Rule and her team is to expand their research and understand the effect of these toxic metals on people. "We've established with this study that there are exposures to these metals, which is the first step, but we need also to determine the actual health effects," she said.