MITEI recently published a landmark study assessing the role that nuclear energy can play in mitigating the effects of carbon emissions.

As we move further into the 21st century, amidst all the discussions among government and civil society about sustainability, many questions related to the future of nuclear energy continue to linger.

Based on rising fears about the safety of nuclear reactors, the main part of the debate centers around whether governments should put pressure on corporations to implement reforms to the system and infrastructure network supporting nuclear energy, or whether the power source should be phased out once and for all.

The reality, however, is that nuclear energy accounts for close to 14% of the world's energy supply. A breakdown shows 455 nuclear reactors and a total of 399 808 MWe of total net installed capacity, according to the latest data compiled by the International Atomic Energy Agency (IAEA).

A comprehensive energy initiative recently released by the MIT Energy Initiative (MITEI) discusses ways that the controversial energy production source could be integrated among low-carbon energy technologies. Named The Future of Nuclear Energy in a Carbon-Constrained World, it is the eighth installment in a comprehensive Future Of series which analyzes the future of virtually every major source and method of power generation in the world. Among the list of others include coal, solar energy and natural gas.

Getting the word out about decarbonization

The findings will be presented in several major cities over the course of the next few weeks, as the authors of the study see it as an opportunity to highlight the fact that their recommendations represent the only viable solution for reducing carbon emissions and still maintaining the nuclear power structure as we know it.

"Understanding the opportunities and challenges facing the nuclear energy industry requires a comprehensive analysis of technical, commercial, and policy dimensions. Over the past two years, this team has examined each issue, and the resulting report contains guidance policymakers and industry leaders may find valuable as they evaluate options for the future," explained Robert Armstrong, MITEI Director and Chevron Professor of Chemical Engineering.

This means that, though the recommendations are quite strict--the team is clearly stating that nuclear energy has a future, provided that wise and responsible use continue to be the main focus. The report is divided into five chapters, covering topics ranging from nuclear power plant costs to regulation and licensing. The findings reveal, for instance, that electricity consumption is projected to increase by as much as 45% by the year 2040, a warning that swift action is needed to stop costs from skyrocketing unexpectedly. 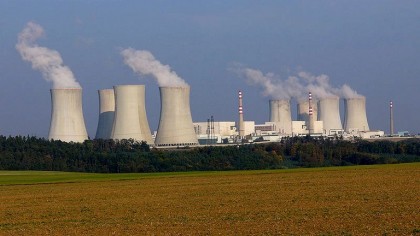 Although cost and feasibility are highlighted throughout the study, the team emphasizes that without government support, many of these much-needed reforms will not take shape.

“The role of government will be critical if we are to take advantage of the economic opportunity and low-carbon potential that nuclear has to offer. If this future is to be realized, government officials must create new decarbonization policies that put all low-carbon energy technologies (i.e. renewables, nuclear, fossil fuels with carbon capture) on an equal footing, while also exploring options that spur private investment in nuclear advancement," says John Parsons, study co-chair and senior lecturer at MIT’s Sloan School of Management.