New Study Reveals 90% of Successful Individuals Have Had Hot Streaks

Researchers used statistical analysis to determine that, although a person's greatest success is random, hot spots tend to follow each other.

Ever wondered how the super successful achieved their goals? Was it years of dedication that finally lead to a breakthrough or some form of good luck?

A new study by the Kellogg Scholl of Management published in Nature magazine may just have the answer for you. The research used statistical analysis to evaluate the success periods of people in a variety of fields to determine whether any patterns existed.

What the work revealed was that success was actually driven by so-called hot streaks. "We show that, because works produced during hot streaks garner substantially more impact, the uncovered hot streaks fundamentally drive the collective impact of an individual," states the paper.

The work was led by Dashun Wang, an associate professor of management and organizations at Kellogg. Wang had conducted a previous study on the careers of more than 10,000 scientists that had determined that the timing of a researcher’s most influential paper was completely random.

This left the researcher puzzled as to the much-discussed concept of a miracle year. “What are the odds, if everything is random?” Wang asked himself.

This question led him to a new investigation focused on hot streak periods. In his new project, the professor and his team studied the career projections of thousands of scientists, artists and film directors in the search for streaks.

This was no easy feat. To compile the vast amount of data required, the team turned to Google Scholar and Web of Science to collect info on more than 20,000 scientists, sought out auction prices of artworks to evaluate 3,480 painters and artists, and perused film database IMDb to analyze the progression of 6,233 directors.

The effort was worth it as Wang's team was able to determine that hot streaks were indeed "both real and ubiquitous, with virtually everyone experiencing one at some point in their career." It turns out that a person's individual success may be random, but their top hits almost always happen in close proximity.

More specifically, the research found that in most cases a person's top two works were 50% more likely to occur in timing close to each other, as well as with that of their second and third best works. In fact, hot streaks were found in 90% of individuals regardless of their field of occupation. 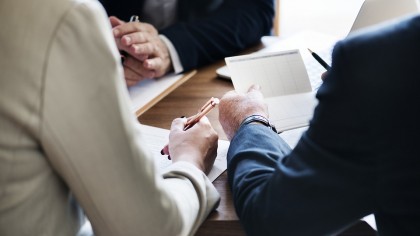 The length of the streaks, however, did vary according to fields. Artists’ streaks most frequently lasted around 5.7 years, directors’ 5.2 and scientists’ 3.7.

Wang believes the results may be used to improve future performance. “If we know where your best work is, then we know very well where your second-best work is, and your third,” he said, “because they’re just around the corner.”

Wang also stipulates his work could help change the way we approach often-overlooked up-and-coming talent. “We need to think about different ways and policies for us to identify and nurture individuals with long-lasting impact," he concluded.

Via: Kellogg School of Management at Northwestern University