Privacy isn’t some luxury that only a select few would get in the world; it is a right entitled to every human being. With the advent of digital technologies, the word privacy has come up a lot and, for the most part, not for good reasons.

Cyberspace is the prime target for prying eyes because users tend to be online more and use a mediocre password for their profiles.

However, recent events have made it clear that hackers target big profile companies and even government institutions to leverage data for ransom or other illegal practices. Healthcare is a field that has also become a prime target of hackers because of the private information that it carries.

Is digitization of healthcare data worth enough?

Recently, JAMA Network has released data on security breaches pertaining to the US healthcare system. The data is shocking as the number of breaches that happened between January 1, of 2010 and December 31, 2017, amounts to a mind-numbing 2,149, putting 176.4 million records at stake.

The data is also clear on the fact that the number of breaches has increased since hospitals have shifted record keeping from paper to online storage options. Hackers can even gain access to remote computers, granted they have an active intent connection.

“Although networked digital health records have the potential to improve clinical care and facilitate learning [in] health systems, they also have the potential for harm to vast numbers of patients at once if data security is not improved,” said H. McCoy Jr., M.D., and Roy H. Perlis, M.D., M.Sc., the authors.

Hackers sell leaked info about a person on the dark web. The authors point out that patient’s records can go up to $400, depending upon the person. Out of the breaches, healthcare providers were targeted significantly more as they comprise 70% of the 2,149 breaches.

When we dissect that number, it is found out that health care providers faced a large extent of these breaches, experiencing 1,503 data breaches that resulted in compromising 37.1 million records.

It is truly worrying that there are people out there waiting to pounce on unsuspecting people based on hacked data. Hospitals and healthcare institutions have to employ more secure systems that oversee the online upload of documents.

Medical records pose a very deadly tool for deceiving and blackmailing people because it contains information that is deeply personal and almost all of it is private data that we wouldn’t want to disclose to a third party. 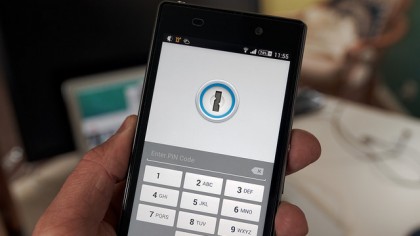 Implementing online solutions to healthcare platforms is certainly a good idea as it helps the patients to access their records from anywhere around the world. Also, it eliminates the need for carrying multiple diagnostic results.

However, the data shows that there isn’t enough security being offered so that these records can stay hidden. In the future, more companies are going to make the shift to digital systems than ever before.

By utilizing secure methods, the healthcare field should set an example by cutting down or even eliminating the number of breaches to zero, a future where we can truly enjoy the privacy that we rightfully deserve!

US Army's New Night-Vision Goggles Are Worthy of Super Soldiers