According to a new study, published in Nature Journal Molecular Psychiatry, video games do not cause us to become aggressive monsters.

Based on this study which focused on the long-term effects of video games, video games and rage outbursts are not linked. German researchers carried out the study on 77 non-gamers. The individuals were split into three groups and had to go through a large number of questionnaires and personality assessments.

Then a two-month gaming study followed in which one group played Grand Theft Auto V for a total of 30 minutes per day. Another group played the much less murderous Sims 3.

The final group did not play games and had to return two months later for another round of the same test they took in the first place. After that, all three groups had to do a third round of tests to complete the process.

No link to aggression levels

The researchers analyzed the groups separately but failed to discover any significant difference in the volunteers' aggression levels before and after they took the gaming tests. No difference was also found in their empathy, impulse control, anxiety or depression levels.

"To our knowledge, the present study employed the most comprehensive test battery spanning a multitude of domains in which changes due to violent video games may have been expected," the study's conclusion said. "Therefore the present results provide strong evidence against the frequently debated negative effects of playing violent video games," it said.

However, it also noted that future research is required to fully demonstrate that violent video games do not have effects on children. Following the school shooting in Parkland, Florida, responsible for the loss of 17 lives, President Trump had blamed video games for spurring a culture of violence.

Video game violence & glorification must be stopped—it is creating monsters!

Trump also held a private meeting last week with video game developers as well as advocates. This includes people from the Parents Television Council, a conservative, Catholic watchdog. They have met to discuss if video games had any role in causing mass shootings. Trump had also blamed video games for the 2012 Sandy Hook mass shooting before he became president.

Effects on young kids must be seen

Simone Kühn, the lead author of the new study who is also a researcher at the Max Planck Institute for Human Development in Germany, said that her team’s findings directly contradict the American Psychological Association’s conclusions that there was a clear link between video games and increased aggression in players. 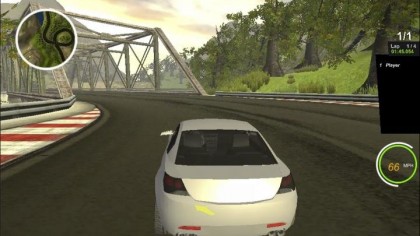 However, Kühn also said it would be a good idea to do more research involving young children, because some studies have suggested video games may have a stronger effect on them.

“There’s little question that the APA’s 2015 policy statement on video games grossly misrepresents the evidence linking violent games to aggression. As an APA member, I frankly find this policy statement to be an embarrassment to the organization that damages its credibility.” Ferguson, who studies how video games affect society said.

“This new study provides further data that it’s time for the APA to recall their 2015 policy statement on video games, as this does more damage (particularly in providing cover to groups like the NRA to shift conversations from real guns to imaginary ones) than good and is not an accurate portrayal of our field.” he added.