Leonardo da Vinci was one of the world's greatest artists, but history shows he bore many of the hallmarks of the behavioral disorder ADHD, a new study contends.

A new study from a researcher at King's College London argues that Leonardo da Vinci, one of the greatest artists in history, may have suffered from Attention Deficit and Hyperactivity Disorder.

History Suggests Leonardo da Vinci May Have Suffered from ADHD

In a new study published today in the journal BRAIN, King's College London professor Marco Catani, from the Institute of Psychiatry, Psychology & Neuroscience, argues that a review of the historical record suggests that the world renown artist likely suffered from Attention Deficit and Hyperactivity Disorder (ADHD).

Catani, who specializes in the treatment of neurodevelopmental disorders like Autism and ADHD, cautions that while it is impossible for a professional to diagnose a patient who they have not personally examined, much less one that's been dead for 500 years, the historical record of the life of the great painter is full of accounts of the artist behavior and work practices that could have been symptomatic of the disorder.

"While impossible to make a post-mortem diagnosis for someone who lived 500 years ago," Catani said, "I am confident that ADHD is the most convincing and scientifically plausible hypothesis to explain Leonardo's difficulty in finishing his works. Historical records show Leonardo spent excessive time planning projects but lacked perseverance. ADHD could explain aspects of Leonardo's temperament and his strange mercurial genius."

ADHD is a behavioral disorder characterized by the inability to maintain the focus required to complete tasks, mind wandering, physical and mental restlessness, and chronic procrastination. Though mostly diagnosed in childhood, ADHD is increasingly diagnosed in adults, from college students to people with productive careers.

Contemporaries reported that in childhood, Leonardo would bounce from task to task, often failing to finish one task before beginning the next and didn't sleep much, working both day and night by cycling short naps with time spent awake. Other artists of his time as well as his patrons, including Pope Leone X, commented on his energetic, unpredictable nature and noted the abundance of incomplete projects left in the wake of his frenzied activity.

There is also reason to believe that his brain may have been structured differently than normal. He was known to be left-handed, and appears to have had both an affinity for language and dyslexia, all of which are common for those who suffer from ADHD. 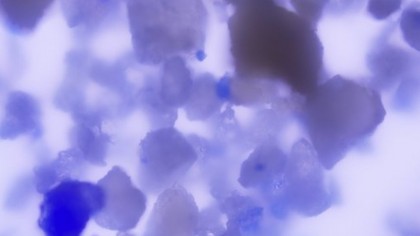 Catani believes that there is a positive aspect to ADHD that isn't talked about much: those with ADHD tend to have intensely curious minds that can often produce brillance and creativity, though this is balanced against the difficulty maintaining focus later on when this curiosity drives them towards something else.

"There is a prevailing misconception that ADHD is typical of misbehaving children with low intelligence," Catani said "destined for a troubled life. On the contrary, most of the adults I see in my clinic report having been bright, intuitive children but develop symptoms of anxiety and depression later in life for having failed to achieve their potential."

"It is incredible that Leonardo considered himself as someone who had failed in life," Catani added. "I hope that the case of Leonardo shows that ADHD is not linked to low IQ or lack of creativity but rather the difficulty of capitalising on natural talents. I hope that Leonardo's legacy can help us to change some of the stigma around ADHD."

Taliban May Have Its Hands on Afghan US Allies' Biometric Data