Researchers in Australia developed a model to calculate the potential number of future heat-related deaths in 412 communities across 20 countries. The outcomes were more than grim.

Summertime used to be associated with fun-filled vacations and explorations of sun-baked exotic locations. However, in the past decade, this lively time of year has resulted more and more in increased deaths related to excessive heat.

June and July of 2018 in England and Wales saw an alarming nearly 700 more deaths than average during a 15-day heatwave peak while South Korea reported just yesterday 29 heatstroke- caused fatalities. These numbers have become all too common in news headlines and according to a new Australian study, they are only going to get worse.

A grim outlook for heatwave-related deaths

Researchers at Monash University came up with a model to calculate the potential number of heatwave-related deaths in 412 communities across 20 countries for the period of 2031 to 2080. The model explored a variety of future options with different levels of estimated greenhouse gas emissions. 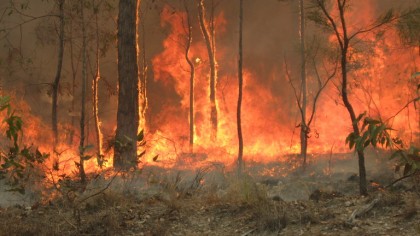 The model also took into account in its calculations the communities' available adaption strategies, as well as their population densities. The outcomes were more than grim.

"Results show that, if there is no adaptation, heatwave-related excess mortality is expected to increase the most in tropical and subtropical countries/regions (close to the equator), while European countries and the United States will have smaller percent increases in heatwave-related excess mortality," stated the study. In the worst case scenario, the model predicted, in parts of Australia, an exorbitant 471% rise in deaths compared with the period of 1971 to 2010.

“Future heatwaves will be more frequent, more intense and will last much longer,” said study lead author Associate Professor Yuming Guo from Monash's Occupational and Environmental Health Sciences department. “If we can’t find a way to offset the climate change to reduce the number of heatwave days, or help people adapt to heatwaves, there will be a big increase of heatwave-related deaths in the future, particularly in the poorer countries located around the equator.”

“This research, the largest epidemiological study on the projected impacts of heatwaves under global warming, suggests it could dramatically increase heatwave-related mortality, especially in highly-populated tropical and sub-tropical countries. The good news is that if we mitigate greenhouse gas emissions under scenarios that comply with the Paris Agreement, then the projected impact will be much reduced," said study co-author Associate Professor Antonio Gasparrini, from the London School of Hygiene & Tropical Medicine.

Although an already severe issue, overheating has been largely ignored because it is a problem that very often remains hidden. Deaths related to high temperatures often occur due to an exasperation of already existing heart or lung-related issues and therefore go unrecognized as heat-related.

The study was published in PLOS Medicine.