Those suffering severe epilepsy may find that medication is not enough to control their seizures and so turn to another more long-term solution - brain surgery. The procedure is deeply invasive and involves drilling deep into the skull to either remove, stimulate or disconnect a part of the brain. For those suffering from epileptic seizures, it is found in the area known as the hippocampus, located at the bottom. 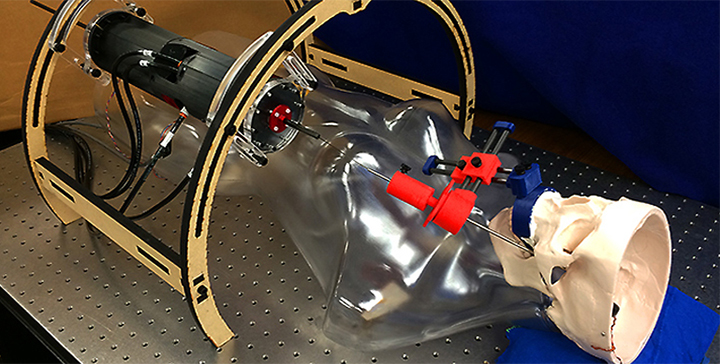 A team of engineers from Vanderbilt University have been on a 5-year mission to come up with a less invasive method and they have now shown off a working prototype at the Fluid Power Innovation and Research Conference in Nashville, US, that promises to make the surgery less time consuming, less invasive and with a shorter recovery time.

Engineering graduate student David Comber and mechanical engineering associate professor Eric Barth came up with the idea to access the brain from the bottom through the patient's cheek. The route is shorter and avoids having to drill into the skull, which will result in quicker recovery periods and less risk to the brain. It's not a simple straight path however, the needle needs to carefully navigate the cheek bones and avoid obstacles.

To overcome this, the needle is made from a shape-memory alloy, a metal that 'remembers' its original shape and can return to it when heated. It is composed of 1.4 millimeter tubes that get pneumatically pushed out slowly, with some sections being curved to allow the needle to be steered along the right path. It is made of nickel titanium, also known as nitinol, which is non-ferromagnetic and so the procedure can be performed in an MRI scanner, other parts being made of 3-D printed plastic. This means the needle's path can be monitored after each segment is pushed out. The team say its accuracy is better than 1.18mm. 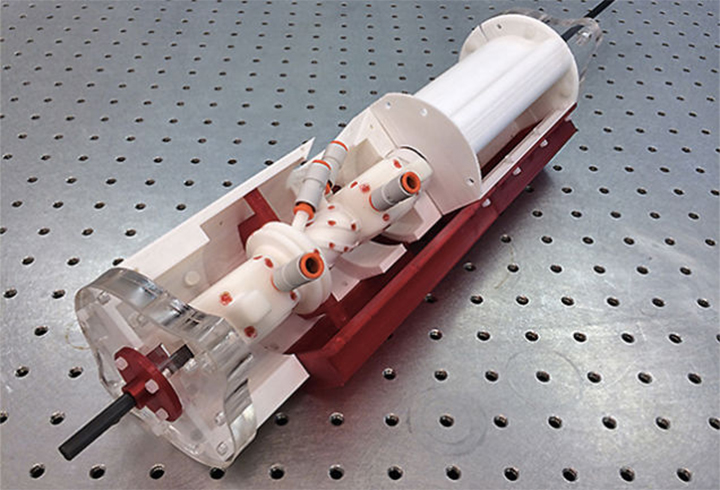 "I've done a lot of work in my career on the control of pneumatic systems," Barth said. "We knew we had this ability to have a robot in the MRI scanner, doing something in a way that other robots could not. Then we thought, 'What can we do that would have the highest impact?'"

"The systems we have now that let us introduce probes into the brain -- they deal with straight lines and are only manually guided," said neurological surgery associate professor Joseph Neimat, who the team collaborated with. "To have a system with a curved needle and unlimited access would make surgeries minimally invasive. We could do a dramatic surgery with nothing more than a needle stick to the cheek."

Don't expect the device to be in operating theaters anytime soon as there is still a lot of testing to be done, the next stage being to test out the device on human cadavers. Professor Barth seems confident that it will be in use within a decade though.