Scientists have found a way to stabilize alkali metal vapors, providing researchers and engineers access to single electrons for a broad range of applications like quantum computing.

Researchers have found a way to stabilize alkali metal vapors, providing access to individual electrons as needed which could greatly help the development of quantum computing and other technologies.

Scientists at the University of Bath (UB) have published a new paper this week in the journal Nature Communications that details a new technique for stabilizing alkali metal vapor, giving access to individual electrons from elements like lithium, sodium, and potassium. These electrons can be used to perform logical operations or provide a means of data storage for quantum computers, be used in medical diagnostic equipment, or provide the kind of precise measurements necessary to power an atomic clock.

"We are very excited by this discovery because it has so many applications in current and future technologies," said Professor Ventsislav Valev, from UB's Department of Physics, who lead the research. "It would be useful in atomic cooling, in atomic clocks, in magnetometry and in ultra-high-resolution spectroscopy."

The potential for alkali metal vapor has been known for some time. These elements have a single electron in their outermost "shell" around the nucleus, making an individual electron theoretically easy to pick off. The problem is maintaining the pressure on the vapor within a closed space which is necessary in order to access the quantum properties of alkali metal vapor. Until now, the existing methods for accomplishing this, such as heating the container holding the vapor, aren't just slow and expensive, they are very difficult to scale up for use in larger applications.

What Valev and his research team at UB, along with colleagues from the Bulgarian Academy of Sciences (BAS), discovered a new technique to heat alkali metal vapor in enclosed spaces, like a fiber optic tube, in a way that is both quick and highly reproducible. By coating the inside of the containers with gold nanoparticles hundreds of thousands of times smaller than the head of a pin, a green laser light can be used which these nanoparticles will quickly absorb and convert into heat energy which can then stabilize the alkali metal vapor inside the container.

"Our coating allows fast and reproducible external control of the vapour density and related optical depth," Valev said, "crucial for quantum optics in these confined geometries."

What's more, the nanoparticles didn't disrupt the quantum state of any atom they came into contact with. 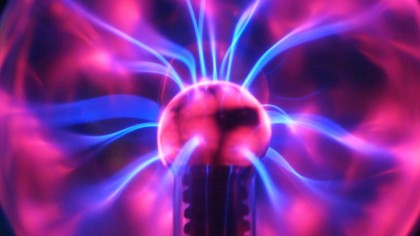 "In this proof of principle," said associate Professor Dimitar Slavov, from BAS's Institute of Electronics, "it was demonstrated that illuminating our coating significantly outperforms conventional methods and is compatible with standard polymer coatings used to preserve quantum states of single atoms and coherent ensembles."

Dr Kristina Rusimova, a prize fellow in the UB Department of Physics, believes that their work is just the first step. "Further improvements of our coating are possible by tuning particle size, material composition and polymer environment," she said. "The coating can find applications in various containers, including optical cells, magneto-optical traps, micro cells, capillaries and hollow-core optical fibres."