New Theory Reveals Who First Migrated Across the Americas

Scientists now have a clear picture of how quickly our ancient ancestors moved across the Americas during the Ice Age, thanks to a massive DNA sequencing project.

By  Mario L. Major
November 12, 2018
A Reconstruction of the Spirit Cave Man Friends of America's Past

Ask the average person about the origins of his or her ancient ancestors, and the answer you get will most likely be a vague compilation of information, most of it supported by history books and stories from current or distant relatives. For this reason, the task of anthropologists and archaeologists is important: it creates a historical map that we can all follow.

Most importantly, their work reveals some surprising results which answer old questions about ancient civilizations or makes links by uncovering evidence of unknown groups of people. Still, the important, and controversial, issue of whom the evidence is linked to remains.

A group of scientists has uncovered evidence that creates a clear picture of how the ancient peoples of the Americas moved across two massive continents, and the same time solved a mystery that had divided the scientific community about the origins of the world's oldest natural mummy.

The team, which included researchers from the St. John's College, University of Cambridge, carried out a large-scale study that proved that in fact, Native Americans existed in North America before the ancient people known as Paleoamericans. DNA sequencing of the 'Spirit Cave Mummy,' a 10,600-year-old ancient skeleton provided scientists with the evidence they needed.

To carry out this work, a total of 15 ancient genomes from mummy remains covering a diverse geographic area which ranged from Patagonia to Alaska were used.  Scientists sequenced 15 ancient genomes spanning from Alaska to Patagonia and were able to track the movements of the first humans as they spread across the Americas at “astonishing” speed during the Ice Age, and also how they interacted with each other in the following millennia.

For comparison purposes, the tooth of the second oldest mummy, from a 9,000-year-old girl found in Trail Creek Cave in Alaska were also used.  As Professor Eske Willeslev, who holds positions both at St. John's College, University of Cambridge, and the University of Copenhagen, and led the study, explains:

"Spirit Cave and Lagoa Santa were very controversial because they were identified as so-called 'Paleoamericans' based on craniometry - it was determined that the shape of their skulls was different to current day Native Americans. Our study proves that Spirit Cave and Lagoa Santa were actually genetically closer to contemporary Native Americans than to any other ancient or contemporary group sequenced to date."

For the Fallon Paiute-Shoshone Tribe in modern-day Nevada, the work took on a more personal meaning, as the scientists needed to their permission to acquire newer samples. In addition, the natives were hoping that the establishment of this new historical link would help in their repatriation efforts.

In addition, these landmark studies answers many questions, but still many remain. As Ben Potter, an archaeologist at the University of Alaska in Fairbanks not involved in the studies points out,  "We have a huge, gaping hole in the central and eastern North American [sampling] record. … These papers aren't the final words." 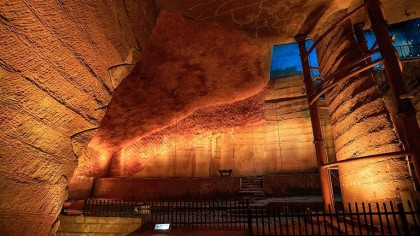 Details about the two interrelated studies, both published on November 8th, titled "Early human dispersals within the Americas" and "Reconstructing the Deep Population History of Central and South America", appear in the Science and Cell journals, respectively.

New Ebola Outbreak in the Congo Confirmed, Says WHO

Asymptomatic Spread of COVID-19 Can Occur But Is 'Very Rare,’ Reveals WHO