The novel gene therapy is a welcome relief from the fear of possible antibiotic-resistant strains of the disease.

Chlamydia is an often symptomless sexually transmitted disease that affects both men and women. The bacterial disease is particularly dangerous as people may not even be aware that they have it.

If left untreated, however, it leads to many health issues over time including interfering with a woman's ability to get pregnant. It is currently the most common sexually transmitted bacterial infection in the world and one of the most common in the US.

Now, researchers at the University of Waterloo have developed a new treatment for Chlamydia that also works to prevent the spread of the disease.

To this day, Chlamydia is treated through antibiotics. The novel treatment, however, is a type of gene therapy. 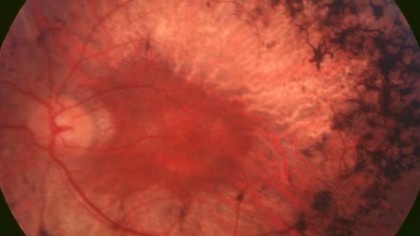 And researchers are saying it already exhibits a 65 percent success rate in preventing chlamydia infection on a single dose. It is also a welcome relief from the fear of possible antibiotic-resistant strains of the disease.

"As antibiotic resistance continues to develop, people may experience Chlamydia infections that cannot be treated through conventional means, which is causing increasing public health challenges," said Emmanuel Ho, a professor at Waterloo's School of Pharmacy.

"If left untreated or if treatment takes an extended period of time it can lead to infertility and other reproductive issues so finding new ways to treat this common infection is important.

"As the Food and Drug Administration in the United States has recently approved the first siRNA-based drug for market, we're hopeful this kind of research will be able to be widely available in the future."

siRNA in the works

For the uninitiated, siRNA, also known as silencing RNA, is a class of double-stranded RNA molecules that interfere with the expression of specific genes. The new treatment makes use of siRNA to target a gene called PDGFR-beta.

PDGFR-beta is responsible for creating a protein in the female reproductive tract that binds to the Chlamydia bacteria allowing the disease's spread. This new treatment stops PDGFR-beta in its track (pun intended).

"By targeting PDGFR-beta, we're able to stop the creation of the protein that Chlamydia will use to enter genital tract skin cells," said Ho. "As a result, an incoming infection has fewer targets to latch onto and infection is less likely to occur."

But that is not all the novel gene therapy does. The treatment uses nanotechnology not only to allow siRNA to enter the cells and target PDGFR-beta, but to also activate autophagy on the infected cells.

Autophagy is often referred to as a detox process for the human body. It clears out damaged cells and regenerates new ones. However, in this treatment the process allows infected cells to form a bubble around the Chlamydia bacteria and destroy it.

As such, the treatment works on two levels. It both prevents Chlamydia from spreading any further and also triggers the cells to destroy it where it has infected. Well done we say!

Doctors to Clone Antibodies of Coronavirus Survivors for New Treatment