New Treatment May Be New Standard for Advanced Kidney Cancer

The therapy that consists of a dual drug combination has been shown to increase progression-free survival.

Cancer is the dreaded C word and the more advanced it is the worst the prognosis. Now, however, there may be some good news for advanced kidney cancer.

The Dana-Farber Cancer Institute, reporting from a phase 3 clinical trial, has found that a novel combination of two drugs could become a new standard treatment for metastatic kidney cancer. The research is revealing that the immunotherapy drug avelumab combined with axitinib, a targeted agent, has some impressive results.

The researchers reported an important advantage in progression-free survival (PFS), the length of time before the cancer worsens, compared to the current standard treatment for kidney cancer called sunitinib (Sutent).

"Patients receiving the drug combination also had a higher response rate - meaning their tumors shrank - than the sunitinib-only group," said Toni K. Choueiri, MD, senior and co-corresponding author of the report on the JAVELIN Renal 101 trial in the New England Journal of Medicine and Director of the Lank Center for Genitourinary Oncology at Dana-Farber.

"This is certainly better than sunitinib -- hopefully this will lead to Food and Drug Administration approval soon," said Choueiri, The Jerome and Nancy Kohlberg Professor of Medicine at Harvard Medical School. 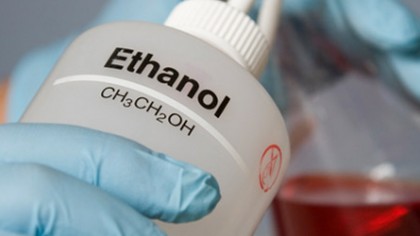 The clinical trial followed 886 patients with previously untreated, advanced renal cell carcinoma. The patients were either put on the drug combination or sunitinib alone, and their progress was monitored.

What they found was that the drug combination gave patients a PFS of 13.8 months as opposed to the 7.2 months in patients receiving only sunitinib. Furthermore, 55.2percent of those on the combination saw their tumors shrink as opposed to just 25.5 percent with sunitinib.

"Interestingly, the analysis showed that all subgroups - good, intermediate, and poor-risk patient - benefited from the combination treatment," said Choueiri.

The combination was not free of complications. Nearly all patients reported side effects. However, that remained true of patients receiving only the sunitinib as well.

The effects consisted of immune-related adverse events with the most frequent being thyroid disorders.

Still, argues Choueiri for patients with advanced disease, "this is an important option. What we're doing in advanced kidney cancers is pushing the envelope - these treatments may not be curative, but patients are living longer, and the disease is becoming more chronic."

Now that PFS has been evaluated more work is needed to determine whether the combination therapy extends overall survival as well.