A radical two-stage therapy that promises to improve body weight and glucose metabolism for people with Type 2 diabetes and obesity is in the works.

The work of many scientists centers around early and effective disease detection, with progress being made in some major areas such as cancer and heart disease. However, another important focus is related to finding fresh approaches for controlling the global spread and increase of certain diseases like obesity and diabetes.

This requires research which sets out to establish new links. Now, a team of researchers from the Technical University of Munich (TUM) and the Helmholtz Zentrum München have collaborated on a large-scale study that aims to rewire the way the body processes energy, which the scientists are hoping provide relief for patients who are living with Type 2 diabetes (T2D) or obesity.

How the Two-Pronged Therapy Works

For designing the treatment, the team first considered the body's reaction colder temperatures and how it naturally expends more energy. Building on the concept of combining fat cells (brown adipose tissue or BAT) and TRPM8 channels--which are cold receptors in the body--they applied a molecule called icilin to stimulate these BATs to trigger the body to expend more energy. 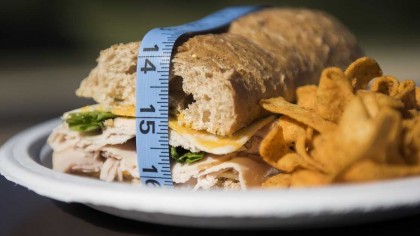 The second part of the therapy involves the use of dimethylphenylpiperazinium (DMPP), a key component for controlling hunger pangs. “If both treatments are combined in a single therapy, body weight and glucose metabolism improve sustainably. We have thus gained important knowledge that can help us to develop new therapeutic approaches in the treatment of obesity and diabetes”, says Professor Matthias H. Tschöp, CEO of the Helmholtz Zentrum München and Metabolic Diseases Chair at TUM.

"Obesity is the biggest risk factor in the development of type 2 diabetes and cardiovascular diseases," explains Professor Tschöp. "Unfortunately, diet alone is obviously not sufficient to solve the ever-rising obesity problem, which is why drug-based therapeutic approaches are urgently required."

A growing body of research has been emerging in the past decade which specifically examines the troubling trend of childhood obesity and diabetes. Data compiled in 2017 by the ResearchGate showed a dramatic increase of roughly 180% in the indicator between only 2012 and 2015. This would seem to suggest that if we hope to curb the numbers one day, that a multi-pronged strategy would need to be embraced.

On a civil society level a separate, and very important, conversation is happening around how to get obesity and diabetes numbers down to a more manageable or favorable level, the work of scientists will continue to focus on treatment strategies that make a contribution in terms of improving the outlook and quality of life for those who are living with one of the two disorders.

The team acknowledges that their work is only the beginning. “The results of these studies can provide important new insights into molecules and how they mutually enhance their effect, which could have a major impact on the development of future therapies,” Timo Müller said.

Details about the study appear in a paper, titled "Coordinated targeting of cold and nicotinic receptors synergistically improves obesity and type 2 diabetes", which was published October 23rd in the Nature Communications journal.