New Ultra-sensitive Biosensor Could Detect Cancer and Other Diseases

Scientists have been after the cure for cancer for many years now, and a team may have developed a biosensor that can detect the presence of cancer, allowing for early treatment. Researchers at National Nanotechnology Laboratory (LNNano) in Brazil have developed a nanoscale biosensor that so accurate it can pick up faint compounds only present in cancers and other neurodegenerative diseases, according to Futurism. The research, published here, details the device which is essentially an organic transistor exposed to a liquid medium, separated by glass. For those of you with a little circuitry experience and some understanding of chemistry, you can see the set up of the biosensor below.

Transistors are typically used to regulate or indicate current and voltage flow, and this organic transistor uses peptide glutathione, a compound that reacts with many enzymes present in cancers and neurodegenerative diseases. The research team has pioneered this biosensor platform that will allow accurate indications of minuscule concentrations of compounds. Currently, the biggest limitation the nano-sensor is the base compound which only reacts with certain enzymes. However, the sensor designed by the team will allow for other compounds to be used as organic transistors, making it a versatile platform for medical diagnosis.

According to Phys.org, the team is working with other oncologists around the world to bring this sensor into wide scale clinical testing. Development of this platform means that detecting and finding cancer will become a much simpler task and one that does not involve in-depth medical analysis. 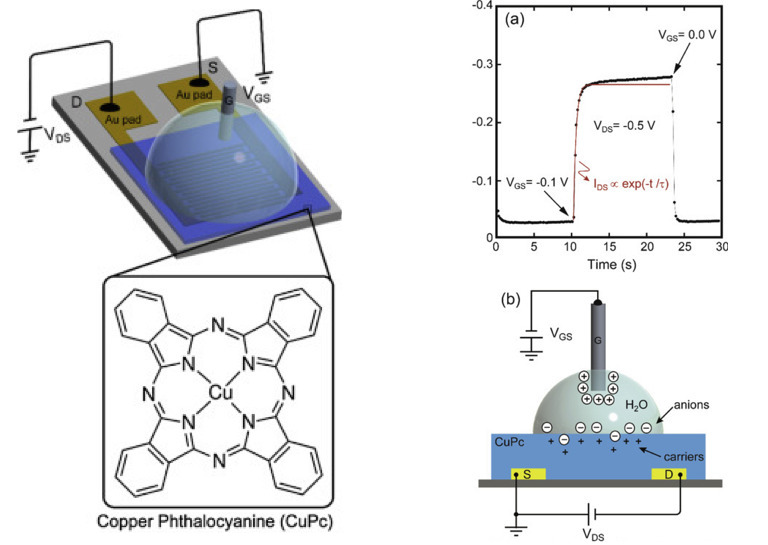 Other than giving early indications of cancers and diseases, researchers believe that this sensor will be used to monitor the effectiveness of treatments and help track the spread of disease throughout the body. While the world is focused on AI, and self-driving cars, the real innovation of the 21st century may be the advancement of nanotechnologies in the medical fields.