Foldable smartphones will be entering the market in 2019 and can even be purchased if you want to get your hands on one.

Foldable screen devices are here with some devices popping up and rumored to make an appearance on the global stage for innovation at this year's CES.

Companies like Samsung have proudly shown off prototypes of its upcoming flexible phone at its developer conference in November.

While other mobile powerhouses like LG and Huawei have hinted at the creation of foldable phones. Even Apple could be even getting in the foldable phone game in the coming years.

A recent video that has popped on the internet has tech enthusiasts buzzing, showcasing the entertainment potential of a foldable device.

The video highlights all the cool ways the technology can apply to the mobile phone landscape. In the video, the mysterious user contorts the device and swipes through a few apps as they hold the device.

Alongside the smooth Android OS, the device's foldable ability noticeably enhances some of the applications on the device.

Imagine needing to use something like Google Maps and you are able to unfold your phone like a real-life map to get a better look at the surrounding area.

Or maybe, you want to check out the latest engineering video on youtube so you unfold your phone to give yourself more visual real-estate. 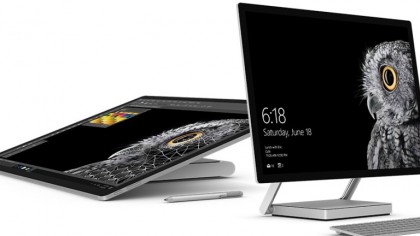 This could be all easily possible in the device shown in the video. Rather than feature two separate halves more commonly seen on big name foldable phone prototypes, the mysterious device shows off a tri-fold design with a central display area in the middle, and flaps on either side that can be folded behind as needed.

Even more interesting, the device in the video seems to produce almost no lag whatsoever as it moves from different apps, transforming its shape. Regardless, this is for sure one of the most advanced foldable devices to appear on the web.

In other news, if you want to see how foldable devices will manifest themselves this year, check out the Royole FlexPai, the world's first real foldable phone recently debuted at CES 2019.

Released by Royole, the FlexPai phone is available for purchase packing a Snapdragon 855 chipset with either 6 or 8GB of RAM, 128GB or 256GB of storage. Running on Android 9.0 Pie, the device also includes a 16MP+20MP dual camera. And, of course, the phone can unfold itself.

It will be interesting to see what other foldable devices will pop up throughout 2019.

Would you get a foldable phone?