Goodby internal combustion, hello electric. Volvo just threw in the towel for traditional fossil fuel consuming cars, announcing every car it produces after 2019 will be electric. In this brave move, Volvo becomes the first traditional car manufacturer to go fully electric joining the ranks of all electric companies like Tesla. Volvo's president Håkan Samuelsson proclaims, "This announcement marks the end of the solely combustion engine-powered car.” 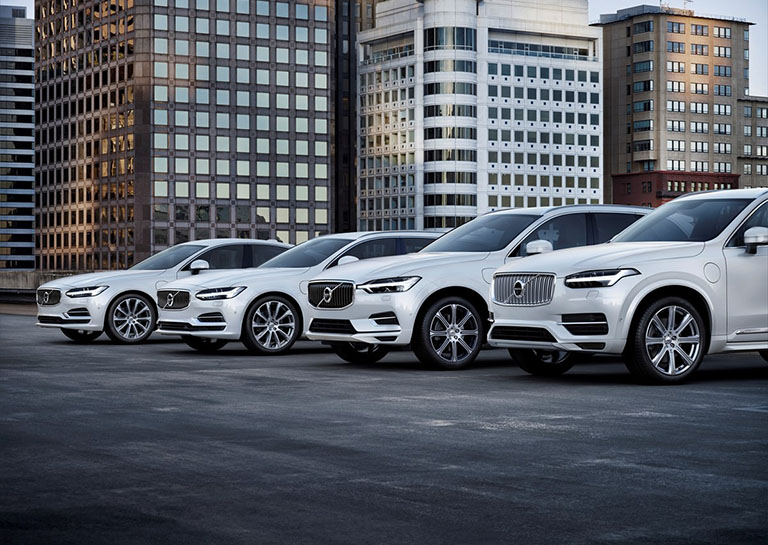 From 2019 Volvo will only produce cars with electric motors. No cars with internal combustion engines will be made by the Chinese-owned company.

From now until 2019, they will release five fully electric vehicles. Three under the Volvo badge and two under the luxury sister brand Polestar. Other vehicles in the Volvo family will be either plug-in hybrid cars or mild hybrid cars. Mild Hybrid vehicles contain a small gas engine used in combination with a battery.

Volvo was bought by a Chinese firm in 2010. The move to electric is likely part of China’s nationwide push to renewable energy. Electric cars are highly popular in the densely populated nation. Sales of half the words electric cars occur in China, In 2016 alone more than  500,000 electric and plug-in hybrid vehicles were purchased in China out of a worldwide consumption on out of 873,000 electric cars.

Air pollution is a massive problem across the country, causing huge health and lifestyle problems for its 1.3 billion citizens. The Chinese government is heavily backing renewable energy, pushing for 5 million electric cars to be on the road by 2020. In other innovative tactics, it is exploring how to power the country without the reliance on polluting fossil fuels. Earlier this month a region in China was powered solely by clean energy for a whole week.

Volvo will now be a direct competitor to the famous electric car company, Tesla. This week Tesla announced a new commitment to China as negotiations began between company and government officials about the possibility of setting up production facilities.

Other major auto-manufacturing companies are also embracing electric. Government grants are helping companies like Renault-Nissan, BMW and VW to build new production facilities that will assist in the move to electric. Electric cars will have a huge impact on reducing pollution levels in cities. The move to electric is also prompted by nations like India who have ambitions to get internal combustion engines off the road. The government there has committed to legislation that will allow only electric cars to be sold in the country after 2030.

The price tag of electric vehicles does need some work before a mainstream adoption can be implemented. It is expected that the new Volvo models will be in the luxury car price range which puts it out of reach for the average consumer. The soon to be released Tesla Model 3, is aimed at a broader audience with the more achievable price tag of $35,000 USD before incentives.

As the prevalence of EV increases the methods of recharging inside cities also need to be updated. Many governments are behind the eight ball in terms of adapting to the changing conditions of e-mobility and are retrospectively passing legislation to keep up.

Elon Musk: Starlink 2.0 will be 'almost an order of magnitude more capable'