The ocean is still largely unexplored and it remains one of the most unused resources on this planet. There are essentially endless amounts of energy that could be harnessed in its depths, or even just on the surface. Waves are incredibly powerful forces of nature, and one company is trying to harness them and supply up to 15% of the world's energy demand with just one technology. Called the Triton, researchers at Oscilla power have been fine tuning this wave energy generation device through scale trials. The capsule contains a series of magnetic generators which float on the surface of the ocean, held in place by tethers to the sea floor.

The biggest concern with wave generation is the equipment actually surviving the massive power that the ocean can produce during storms and rough sea conditions. One thing that the Triton has going for it over other ocean energy devices is its lack of moving parts. The device will function through the use of alternating magnetic polarity which is generated by the machine's sway in the waves. According to Oscilla themselves,

"Triton systems will deliver an average power of > 600kW each and will be arrayed together to form utility-scale power plants. Validation of Triton’s feasibility has included extensive wave tank testing and hydrodynamic modeling, accelerated reliability testing for key subcomponents and two ocean deployments. Triton is protected by 14 granted and 40+ pending patents in key geographic regions." 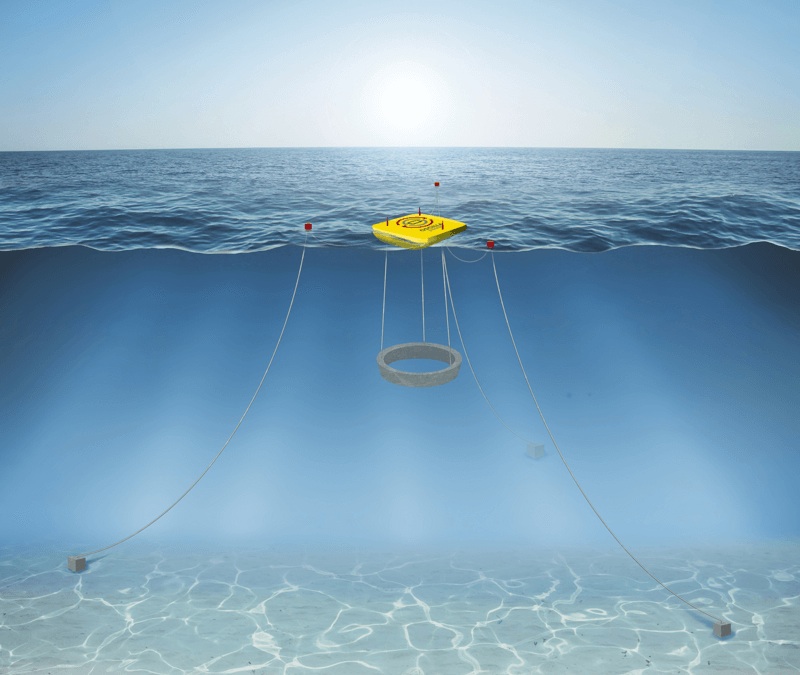 Early numbers in the testing suggest that the device could generate a third of the United State's demand for energy, marking a huge shift in green energy production. Each unit is estimated to produce 600KW of power, which is equivalent to 500 U.S. homes for one month, according to Science Alert. One of the biggest challenges that wave energy has to overcome before it can become widely adopted is the effective transmission of generated power. For now, wave generation has been relegated to coastal countries and cities, meaning that land-locked areas are stuck with wind energy or other more environmentally harmful generation techniques.

This technology does show a lot of promise, and the effective implementation of such could mean big things for the shift off of fossil fuels. Only time will tell how the Triton will stand up to the jostling from violent ocean waves, but I think everyone, besides the coal industry, is rooting for the engineering to hold up.