Wormhole, known in theoretical physics as Einstein-Rosen bridge, is a suggestion that a shortcut between two locations in space and time is possible. Theoretically two points exist normally in two-dimensional plate and an Einstein-Rosen bridge may be formed if the plate is folded in third dimension, which brings these locations closer to each other. 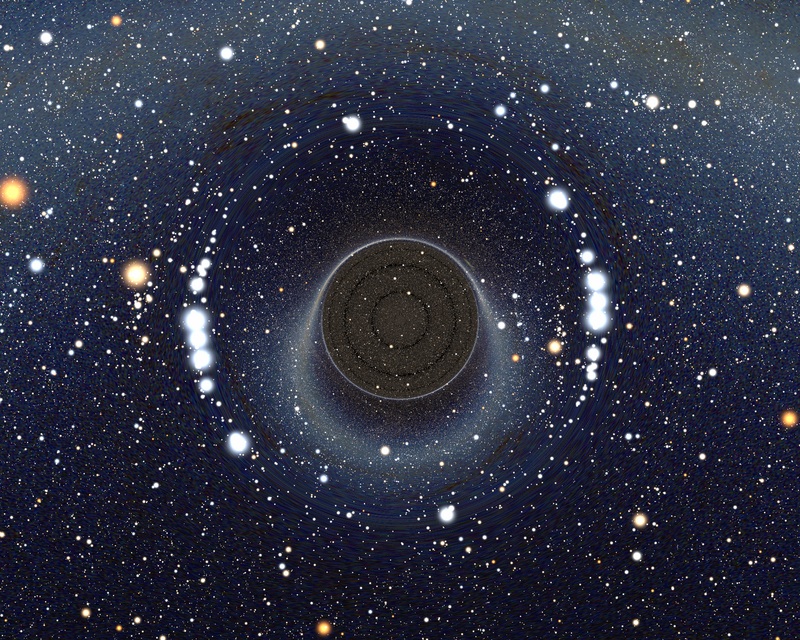 Scientists at Stony Brook University and University of Washington, New York, discovered a phenomenon which they believe could be related to wormholes. It is about quantum entanglement, called once-upon-a-time “spooky action” by Albert Einstein. The spooky action happens when the quantum state of a particle in a pair or in a group of particles depends on the quantum state of another member of the pair/group. For example, if the spin of an entangled particle is positive, the spin of the opposite entangled particle is negative. And the distance doesn’t matter at all, particles remain entangled over just a few steps or over millions of kilometers.
The discovery regards black holes, i.e. the specifications of a wormhole are the same as if two black holes are entangled at first and then are separated by a huge distance.
Andreas Karch, a physics professor at University of Washington, said: “But here’s the catch: One couldn’t actually travel, or even communicate, through these wormholes. If two black holes were entangled, a person outside the opening of one would not be able to see or communicate with someone just outside the opening of the other. The way you can communicate with each other is if you jump into your black hole, then the other person must jump into his black hole, and the interior world would be the same.”