As California and New York are two of the largest and undoubtedly more influential states in the US, anchoring the West Coast and East Coast, policymakers, lobbyists and environmental activists are looking to them to make strong and clear statements about sustainable energy and addressing climate control that hopefully will have a ripple effect on other states. California has been leading the way in the last decade by many accounts, and the state of New York has been building momentum.

In one of its strongest statements up to now about the future of the environment and sustainable energy, New York State Governor Andrew Cuomo addressed a number of proposals, some of which included a general expansion of clean energy jobs as well as ramping up efforts to clean the Hudson River. Embracing a broad approach that included additional security measures, one of the proposals also was aimed at addressing the growing problem of MS-13, a notorious street gang that has been wreaking havoc in New York City in recent months.

Below is a list of the most impactful subcomponents:

• Issuing a directive to the New York State Energy Research and Development Authority (NYSERDA) for investing a minimum of $60 million towards storage pilots and a host of other activities aimed at reducing costs and barriers surrounding energy storage:

Some of these include financing processes, interconnection, initiatives for developing more effective permitting, and acquisition of new customers. 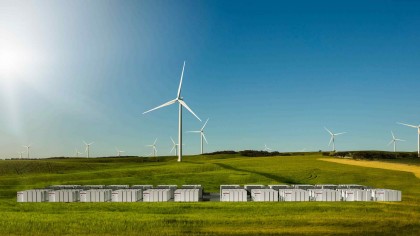 Tesla Will Build a Second Massive Battery System for Australia

Governor Cuomo expressed the thinking behind the comprehensive agenda in a statement issued this week: "New Yorkers know too well the devastation caused by climate change, and in order to slow the effects of extreme weather and build our communities to be stronger and more resilient, we must make significant investments in renewable energy," he said, adding, "With this proposal, New York is taking bold action to fight climate change and protect our environment, while supporting and growing 21st century jobs in these cutting-edge renewable industries."

The State of the State Address is part of the momentum building from legislation aimed at increasing energy sector investments from 2017, one of which was a bill that called for the Public Service Commission (PSC) to create an energy storage deployment plan with a 2030 target.

2017 was a year marked by competing philosophies between State and Federal government leadership about what the future blueprint of environmental responsibility will be. The issue was most recently highlighted by the Trump Administration’s decision—made with the joint cooperation of Washington and California state governors—to dissolve the federal advisory panel for the National Climate Assessment, an influential environmental policy group. Only time will tell how Governor Cuomo’s initiatives pan out amidst this environment of shifting alliances and priorities.