CRISPR is a medical goldmine with some considerable risks attached to it, but newly discovered proteins may be fixing that.

If you have been paying attention to advancements in genetic medicine at all—and even if you haven’t—you’ve probably been hearing quite a lot about a technology called CRISPR lately.

It’s a new technique for gene editing that has the distinct advantages of being precise, cheap, and extremely fast acting, and it is taking the biological research world by storm due to its almost limitless applications for treating disease and disability.

But despite all of the excitement around it, CRISPR does have some significant hurdles left to clear. For one thing, while the process works incredibly well in cell cultures and simple animal analogs, there’s not yet much evidence that it would have the same sort of efficacy in humans.

Moreover, while the genetic targeting used in CRISPR is incredibly precise, unless it is actually perfect it will still be something that could put a patient at a vastly increased risk for cancer.

This happens because, without a way to tell the CRISPR system to stop, it’s possible that it could keep inserting the new gene, or just clipping the host’s DNA at locations similar enough to the target that it gets confused indefinitely. And if one of those places it makes an accidental change in happens to be a tumor-suppressor gene… Well, that’s how cancer happens. 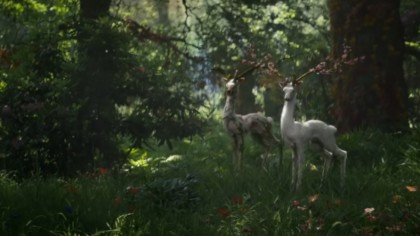 Annihilation and the Reality of Genetic Mutations

However, all hope for a future without genetic diseases is not lost because new research published in the journal Cell Host & Microbe has found four new anti-CRISPR proteins that could potentially be used to regulate the gene editing system, turning it off or on at will, and greatly reducing long term risks.

And since these proteins were discovered distributed across a wide variety of environments, it also suggests that these proteins may be much more widespread in nature than we realized, meaning that even more refinement may be possible as new discoveries are made.

I realize that I have yet to tell you much about what these anti-CRISPR proteins actually are—let’s fix that! But before we can get to the heart of how these things work, we have to go back and quickly remind ourselves of the mechanisms and origins of CRISPR itself.

CRISPR’s origin as a weapon in a genetic arms race.

The original function of CRISPR systems was as bacterial immune systems that enable the bacterium to fight off infecting viruses called phages (yes, bacteria can get viruses too, crazy right!?) in a targeted manner.

The development of this highly fluid targeting system for invasive DNA is what gives them their programmable nature, and is why CRISPR systems, and in particular Cas9, are currently being widely deployed in the life science industry with the potential to deliver breakthrough gene therapies, new antibiotics, and malaria therapies.

Interestingly, in this war of infect and protect, phages have evolved anti-CRISPR proteins to overcome the bacterial CRISPR systems in a sort of evolutionary arms race. These proteins quickly inhibit the host bacterium's defense system leaving the bacterium vulnerable to infection, and eventually destruction, by the invading virus.

Thus, these highly specific proteins could likewise be used to deactivate the CRISPR system when it is being used therapeutically, allowing researchers to stop the genetic meddling once the new DNA has been inserted, reducing the long-term risk of cancer and other complications.

Why are we just finding out about this?

In spite of their significant biological importance, only a few anti-CRISPR proteins have been discovered so far in a particular subset of bacteria. Current anti-CRISPR proteins are not abundant in nature and have only been identified by studying the DNA of the phages that were able to infect bacteria harboring CRISPR-Cas9.

Using this method, one relies on being able to culture bacteria and on phages that are able to infect and avoid the surveillance of the endogenous CRISPR Cas9-system specifically finding them.

The new research out of Denmark though found a way to make the problem of identifying these genes a little easier.

"We used a different approach that focused on anti-CRISPR functional activity rather than DNA sequence similarity. This approach enabled us to find anti-CRISPRs in bacteria that can't necessarily be cultured or infected with phages. And the results are really exciting," says Ruben Vazquez Uribe, Postdoc at the Novo Nordisk Foundation Center for Biosustainability (DTU).

The researchers identified the anti-CRISPR genes by using the total DNA from four human fecal samples, two soil samples, one cow fecal sample and one pig fecal sample (no one is completely sure why they were so keen to work with poop but let’s try not to judge).

The DNA was chopped into smaller pieces and randomly expressed on a plasmid (a small ring of DNA) within a bacterial cell. This cell contained a genetic circuit for the selection of anti-CRISPR activity.

In short, this meant that cells containing a plasmid with a potential anti-CRISPR gene would become resistant to a certain antibiotic. On the contrary, cells in which the plasmid did not confer anti-CRISPR-activity would die. With this system, the researchers could easily detect and select DNA with anti-CRISPR activity and trace it back to its origin.

Further characterization could then confirm the activity of four new anti-CRISPRs. Further analysis revealed that the genes identified in the fecal samples are in fact present in bacteria found in multiple environments, for instance in bacteria living in insects' gut, seawater, and food.

This shows that the newly discovered genes are spread in many bacterial branches in the tree of life, and in some cases with evidence that some of these genes have been horizontally transferred numerous times during evolution.

"The fact that the anti-CRISPRs we discovered are so abundant in nature suggests that they are very useful and have a big significance from a biological perspective," says Morten Sommer, Scientific Director at the Novo Nordisk Foundation Center for Biosustainability (DTU).

These findings suggest that anti-CRISPRs could likely play a much more significant role in the interplay between phage and host than what has previously been suggested.

Wait, why is all this important again?

The applications of anti-CRISPR genes, right now, are all about making a better gene editing system. Earlier studies in this field have demonstrated that anti-CRISPR proteins can be used to reduce errors, such as cutting DNA at off-target sites, when doing genome editing in the laboratory.

"Today, most researchers using CRISPR-Cas9 have difficulties controlling the system and off-target activity. Therefore, anti-CRISPR systems are very important, because you want to be able to turn your system on and off to test the activity. Therefore, these new proteins could become very useful," Morten Sommer says.

Moreover, the researchers actually discovered that the four new anti-CRISPR proteins seem to have different traits and properties. Going forward, this will be very exciting to investigate further. It could mean that proteins exist that could be tailored to certain expression levels or safety concerns. Or even the development of proteins capable of turning CRISPR on and off according to outside stimuli, something that would be extremely useful.

In the end, whatever way the research goes, there is little doubt that anti-CRISPR proteins will play a big role in the next leap forward in genetic medicine.

AutoCad: The Key that Opens the Door to Many Career Opportunities