Researchers at MIT have successfully manipulated a superfluid into a type of semisolid. This new state of matter combines traits of solid matter with those of superfluids.

The team used lasers to transform Bose-Einstein condensate into a substance that flowed without viscosity (a la superfluids). However, the substance maintained the structure of a solid. The researchers admit the discovery shouldn't make sense on a base level.

"It is counterintuitive to have a material which combines superfluidity and solidity," said team leader Wolfgang Ketterle, the John D. MacArthur Professor of Physics at MIT. "If your coffee was superfluid and you stirred it, it would continue to spin around forever."

Ketterle earned a Nobel Prize in physics for his co-discovery of Bose-Einstein condensate (BEC). BEC occurs when sodium atoms (or bosons) are cooled near absolute zero. Under these conditions, the bosons form a superfluid gas. As for the supersolid state, physicists had previously come close to creating them in labs. However, the research remained largely theoretical until this discovery. Ketterle said this experiment looked to take research of both states one step further.

"The challenge was now to add something to the BEC to make sure it developed a shape or form beyond the shape of the 'atom trap,' which is the defining characteristic of a solid," Ketterle said.

That addition came in the form of lasers. The team used a set of lasers in a ultrahigh-vacuum chamber to "spin" half of the BEC's atoms. This led to mixed quantum states in the chamber and thus two condensate types. The team added more lasers to shift atoms between the condensates. They called this a "spin flip." 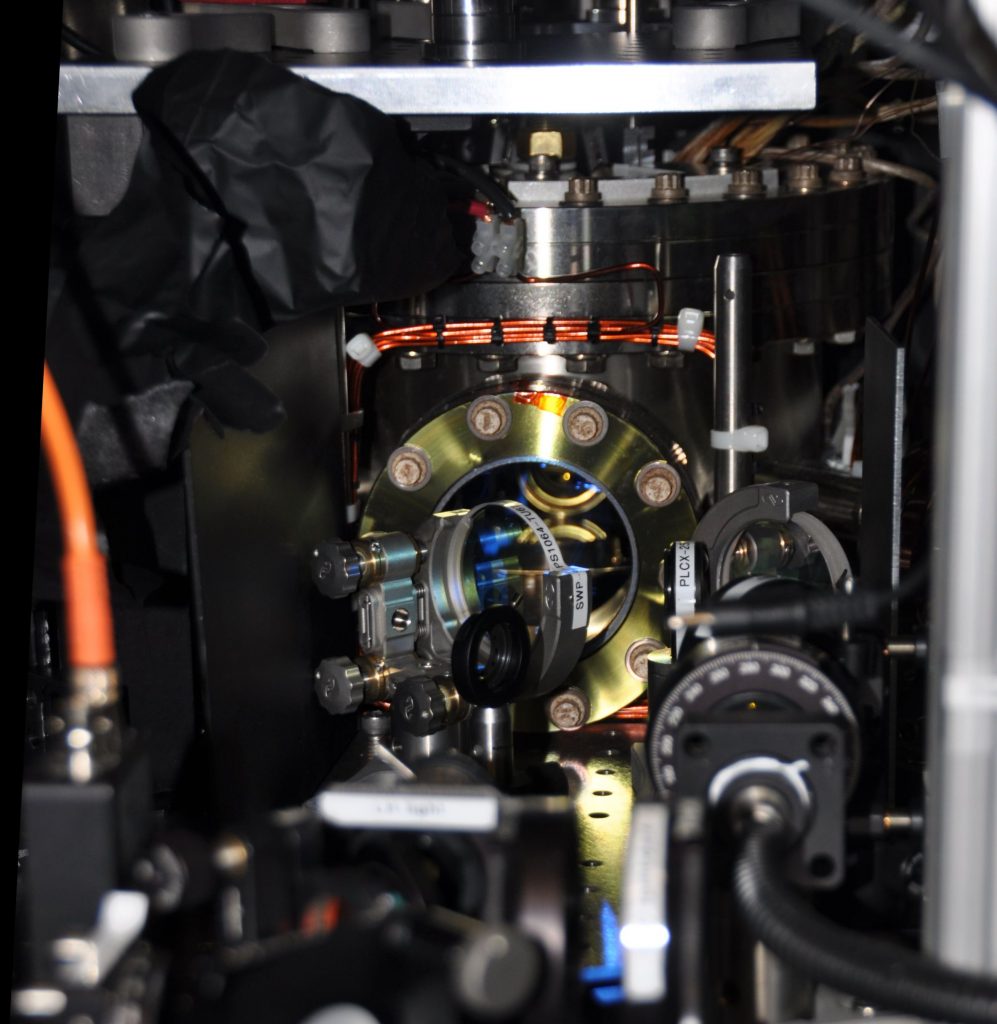 "The hardest part was to observe this density modulation," said Junru Li, an MIT graduate student who worked on the discovery. Density modulation helps determine whether the BEC became a true supersolid. Densities of supersolids are no longer constant, yet have a ripple pattern called 'stripe phases.' The team used a third set of laser beams to measure the diffraction from the density modulation.

"The recipe for the supersolid is really simple, but it was a big challenge to precisely align all the laser beams and to get everything stable to observe the stripe phase," Li continued.

The researchers produced their findings in the most recent issue of Nature. In the same issue, a Swiss team developed a way to take Bose-Einstein condensate and make it a supersolid using mirrors to assist the lasers. Ketterle said the other research shows a promising and growing interest in discovering new forms of matter and the hidden potential in these new findings.

Ultimately, further discussion regarding superfluids and supersolids could lead to breakthrough discoveries on superconduction. Superconductors could hold the key to efficient energy transfer.

For some background information regarding the Bose-Einstein condensate, watch this video below with MIT professor Martin Zwierlein: