Any liquid substance is capable of flowing if a source of pressure applies a push or pull action to it such as a pump or an inclined surface. But for scientists in the University of Brandeis in Massachusetts, these laws of physics simply don't satisfy. Therefore, they have cleverly come up with a way for liquids to freely move or flow without the intervention of humans and the aid of gravity.

Let's look at the liquid mechanics

So, how could liquids independently flow when placed on a flat surface? Basically, biological cells which naturally possess dynamic attributes are combined in a solution and causes the entire liquid mix to move spontaneously. The biological cell responsible for this movement is called a microtubule. This cell has a hollow center and is dynamically unstable as the ends of the tube go through a growing and shrinking phases. As a result, the cell becomes dynamic through the bending and stretching actions. 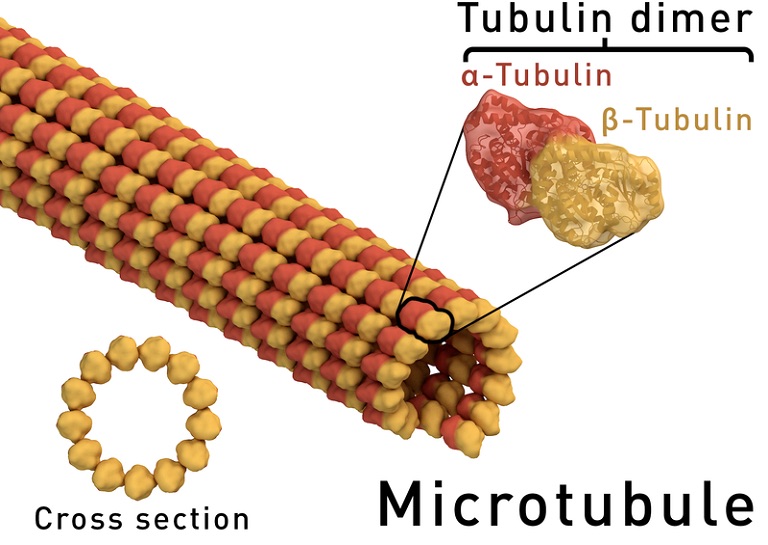 Scientists from the University of Brandeis took out microtubules from a cow’s brain and mixed them in a watery solution. Additionally, they have also mixed in two other molecules found in cells known as kinesin and adenosine triphosphate (ATP).

The video below shows the movement of microtubules in slow motion as they float in a watery solution.

The kinesin acts like a binding material between the adjacent formation of the microtubules and the ATP’s role is to essentially provide energy for the cells to move. This combination of cells resulted into a turbulent-like dynamics of bulk active fluids. The composition of the microtubules tore apart as the movement went on but new kinesin cells quickly matched them to a new partner. This splitting and combining cycle of microtubules resulted into swirling patterns in the liquid and the Brandeis team managed to manipulate this motion into a uniform flow or in a ‘coherent flow’. The difference between the turbulent and coherent flow is pictured below.

The video below amazingly captured the beautiful display of this coherent flow.

In the first place, why do liquids need to move independently? Well, one potential application of this scientific breakthrough is in the oil and gas industry. With this kind of technology in hand, oil may not need to be pumped through pipelines in order to flow. Especially for pipelines that stretch hundreds of miles from the point of origin to its destination. Moreover, this promising breakthrough could also lead to self-propelling gels that would benefit the field of mechanical engineering.

“Essentially they harnessed the power of nature to create a microscopic machine capable of pumping fluid,” said the Brandeis team. "From a technology perspective, self-pumping active fluids set the stage for the engineering of soft self-organized machines that directly transform chemical energy into mechanical work" the scientists stated in their published paper. From the tone of this statement, it sounds applicable to the energy industry too. If chemical energy can fuel mechanical work then we might not need to rely on fossil fuels in the future and this technology might come under a new branch of clean energy sources. What do you think?