The meta-study, which combined and reevaluated data from the four international consortia that compose the International Genomic Alzheimer’s Project (IGAP), compared the data of an extraordinary number of people, more than 94,000, and produced compelling new breakthroughs.

In particular, the researchers discovered five new genetic variants or changes that appear to influence the risk of Alzheimer’s disease.

“It’s amazing how much can be accomplished by pooling resources,” said Brian Kunkle, Ph.D., first author on the paper and an associate scientist at the John P. Hussman Institute for Human Genomics (HIHG) at the University of Miami Miller School of Medicine.

“The ability to combine data from so many research groups gave us the power to detect new links to the causes of Alzheimer’s disease.”

How Genes Can Influence Alzheimer’s

Genes can have a synergistic influence on each other, so how the specific combination of genes impacts a disease can often be more important than how any specific gene itself impacts it.

Finding all of these combinations is next to impossible, given the number of genes in our DNA that each individual gene would need to be checked against. It would take longer than the universe has existed to even begin to make a dent in comparing the 20,000 genes in our body against itself, requiring something on the order of 20,000 factorial comparisons (20,000!).

The researchers from IGAP found an innovative way around this problem, made possible by the data made available from the IGAP collaboration. By comparing patient data of known Alzheimer’s disease patients, they were able to uncover correlations in their data that pointed them in the right direction.

As a result, they found five specific variants in genes that will bind to the protein known as “tau” that might affect the early stages of Alzheimer’s disease development, earlier than previously believed. Further, they found newly revealed similarities between early-onset and late-onset Alzheimer’s disease, specifically how certain proteins related to the disease called amyloid precursor proteins get broken down by the body. 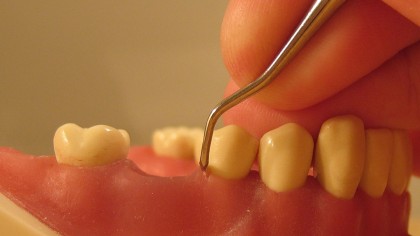 The discovery of these five new gene variants is an important step to potentially uncovering new therapies for the disease. Now that they are known, they can be compared with other genes known to be associated with the disease to uncover genetic “hubs” of Alzheimer’s disease-related genes.

From there, researchers can research disease mechanisms and develop new drugs to treat the disease.

“This is an exciting time to be studying Alzheimer’s disease, which is the most common cause of dementia in the elderly,” said Dr. Pericak-Vance. “Genes contain the body’s instruction manuals, and we now have a much better understanding of how to read the instructions related to Alzheimer’s disease as the initial step to translation to clinical care.”

A New Life for Waste: Sludge Treatment and More

Marijuana Stores To Offer Free 'Joints for Jabs' in Washington