Few scientists have made as much impact on the modern world as Niels Bohr. The result of Bohr’s work on the structure of the atom gave rise to everything from the atomic age to laser beams and quantum computing and his name is overshadowed by his critics and those who built off his work to make names for themselves.

So in honor of the 56th anniversary of his passing, we want to acknowledge our debt to him by delving into his pioneering work on Quantum Mechanics and Complementarity, his unique contribution to the philosophy of physics.

Father of the Quantum Mechanics

Bohr’s insight into the prevailing model of the atom would lay the groundwork for much of the technological advancements of the 20th century. He demonstrated that around each atomic nucleus, there were several levels of concentric shells filled with electrons and showed that the change of an atom's state was due to electrons moving between shells as they absorbed or radiated energy. 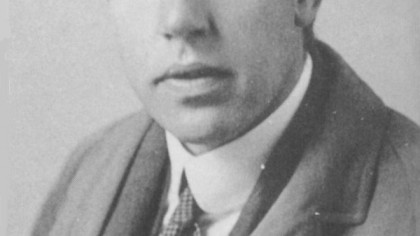 This manipulation of the behavior is the foundation of everything from laser beams to nuclear fission. By itself, this work was impressive, but what followed this discovery is what made Bohr such a controversial figure.

It should follow that being physical objects in space, electrons orbiting a nucleus should be governed by the same laws that govern the planets orbiting the sun. This is precisely what Bohr did not see.

What he and his impressive list of protégés—young men like Werner Heisenberg, Enrico Fermi, and Pascual Jordan—saw was the complete upending of the classical model of physics that had existed since Newton: electrons that could exist in several places at once, they could be a particle one minute and act like a wave the next, and that until it is observed or measured, a particle could be in any number of mutually exclusive states simultaneously. Within a decade of his discovery of the structure of the atom, Bohr and his followers had discovered a whole new form of physics: Quantum Mechanics.

When Bohr first published his findings in 1913, Albert Einstein called it “musicality in the sphere of thought.” He would also later go on to say, “If all this is true, then it means the end of physics.” Bohr himself said that "[a]ny one who is not shocked by quantum theory doesn't understand it."

Einstein was not alone in his reservations. Bohr’s protégés and other physicists working from Bohr’s model were proposing truly radical ideas. Heisenberg would go on to show that you could not observe the position of a particle and observe its momentum at the same time. He would also introduce an extensive “matrix mechanics” that could be used to calculate the properties of particles.

Erwin Schrodinger proposed a different theory that an electron was not a particle, but a wavefunction that spread itself through space. To the disbelief of many at the time, it was shown that both Schrodinger and Heisenberg were correct, and that their methods were interchangeable; and by extension that an electron was both particle and wave at the same time.

Complementarity: A New Philosophy of Physics

One of Bohr’s more controversial and lasting contributions to the debate was his introduction of the concept of Complementarity. Bohr found that if you were to take a measurement of an electron with one apparatus, it would predictably behave like a particle. Make the same measurement with another apparatus and suddenly it behaved like a wave.

Such results would have driven most physicists mad looking for a way to reconcile this contradiction, but Bohr proposed that it was pointless to try. Bohr said that our understanding of light and other quantum phenomena was furthered by measuring it as either particle or wave, but since one could not do both at the same time, the observer must decide how to observe it and accept that doing so foreclosed the possibility of observing it differently.

More radically, he declared that there was no paradox to solve since physics shouldn’t be about the thing being studied, but should be about the results of experiment and observations. In this way, Complementarity challenged much of the philosophy of physics which held fast to the idea that knowable laws governed the universe and everything in it, and that anything in the universe could be defined by a unified set of properties.

By saying that a single thing could have more than one mutually-exclusive definition of equal validity and that we need both definitions to truly understand the thing in question, he touched off a metaphysical controversy in physics that is still being fought today.

While he initially welcomed and approved of Bohr’s work, Einstein would go on to become Bohr’s most famous critics, even though they were personally close. Einstein was married to the deterministic view of physics, so the imposition of randomness and uncertainty into the foundation of physics troubled him. Famously, he remarked that "God does not play dice with the universe."

None other than Schrodinger himself added to the criticism when he proposed his most famous thought experiment of a cat in a box in which the radioactive decay of an atom inside triggers the release of cyanide. According to the Quantum Mechanics that he himself help to build, until you opened the box to see if the atom has decayed, the atom exists in both decayed and non-decayed states. If this were true, then Schrodinger’s cat was both alive and dead at the same time.

Originally meant to prove how the new theories were going off the rails, Schrodinger inadvertently confirmed the maddeningly weird nature of Quantum Mechanics, since the superpositions of particles has long been an established fact. The radioactive atom in Schrodinger’s box is in fact decayed and not until it is observed; his cat is both dead and alive until an observer opens the box.

Trying to untangle this and other problems of quantum mechanics has even given rise to new models of reality, such as the theory of the Multiverse. Moreover, the concept of Complementarity is a subject of intense debate not just in the field of physics but also among philosophers, some of whom accuse Bohr of a "simple-minded positivis[m]."

Others carelessly attribute ideas to Bohr that he never expressed. In particular, some critics of Complementarity claim that it means that simply observing a particle changes its behavior to one mutually exclusive state or the other.

Bohr, however, never made such a claim, arguing only that when observing a particle with a specific instrument, the particle will react to that instrument, predictably, as either a wave or a particle and will do so every time. Using another instrument will yield a different result and so the observer's choice of instrument will dictate what behavior they will observe.

Over the last century, Bohr’s critics waited for some final repudiation of Bohr’s work that never came. Instead, Einstein’s Relativity has been repeatedly confirmed and built upon by later physicists like the late Steven Hawking.

Meanwhile, Bohr’s discoveries underpin some of the most advanced technology currently being developed. Quantum computers, built entirely off the principles of quantum entanglement that drove Einstein to distraction, promise an unfathomable increase in computing power over classical computers and have already been built by companies such as Google and in University labs all over the world.

Finally, it was Bohr himself who proposed that the complementarity of these different sets of rules allow us to have a fuller understanding of the world we live in. For this and much much more, we will forever remember his genius.