Nike’s Self-Lacing Sneakers Will be Available in November!

Fasten your seatbelts and go back to the future. The first generation of the self-lacing sneakers, the HyperAdapt 1.0, will be available in November 2016!

Nike is launching their new innovative sneakers, HyperAdapt 1.0, in November. They are not just cool, they are also scientific innovations made by deep research in electrical, digital and mechanical engineering to design self-lacing sports shoes. They will be fancy, enviable and striking, for everyone, especially for the people who likes to have trendy things. 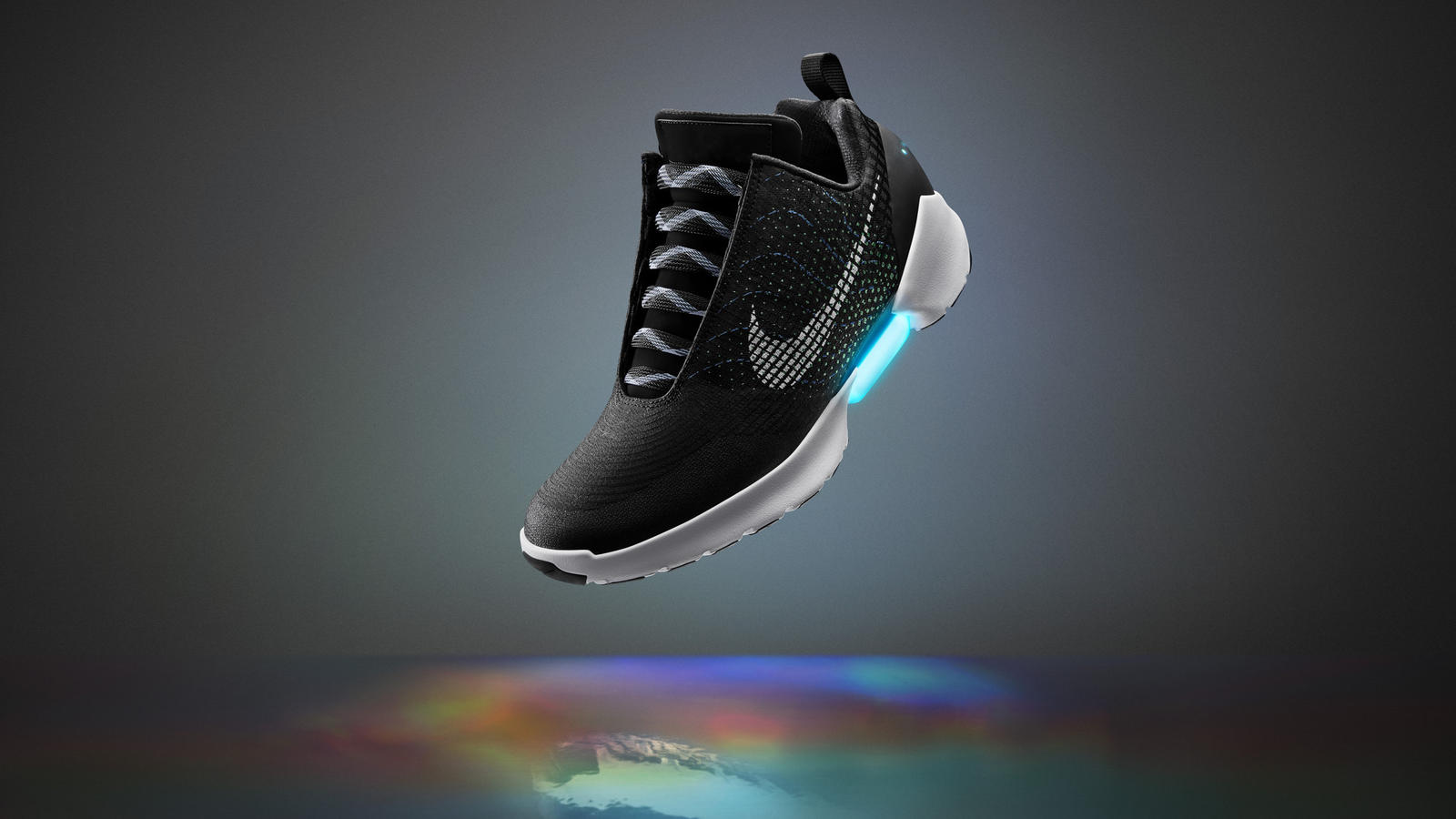 “When you step in, your heel will hit a sensor and the system will automatically tighten. Then there are two buttons on the side to tighten and loosen. You can adjust it until it’s perfect.” says Tiffany Beers, Senior Innovator, NIKE, Inc., and the project’s technical lead.

The HyperAdapt 1.0 is the first version of a scientific innovation series as a performance vehicle. So to say, they are wearable futuristic devices, which understand and feel your body, knowing correct lacing and tension preference. 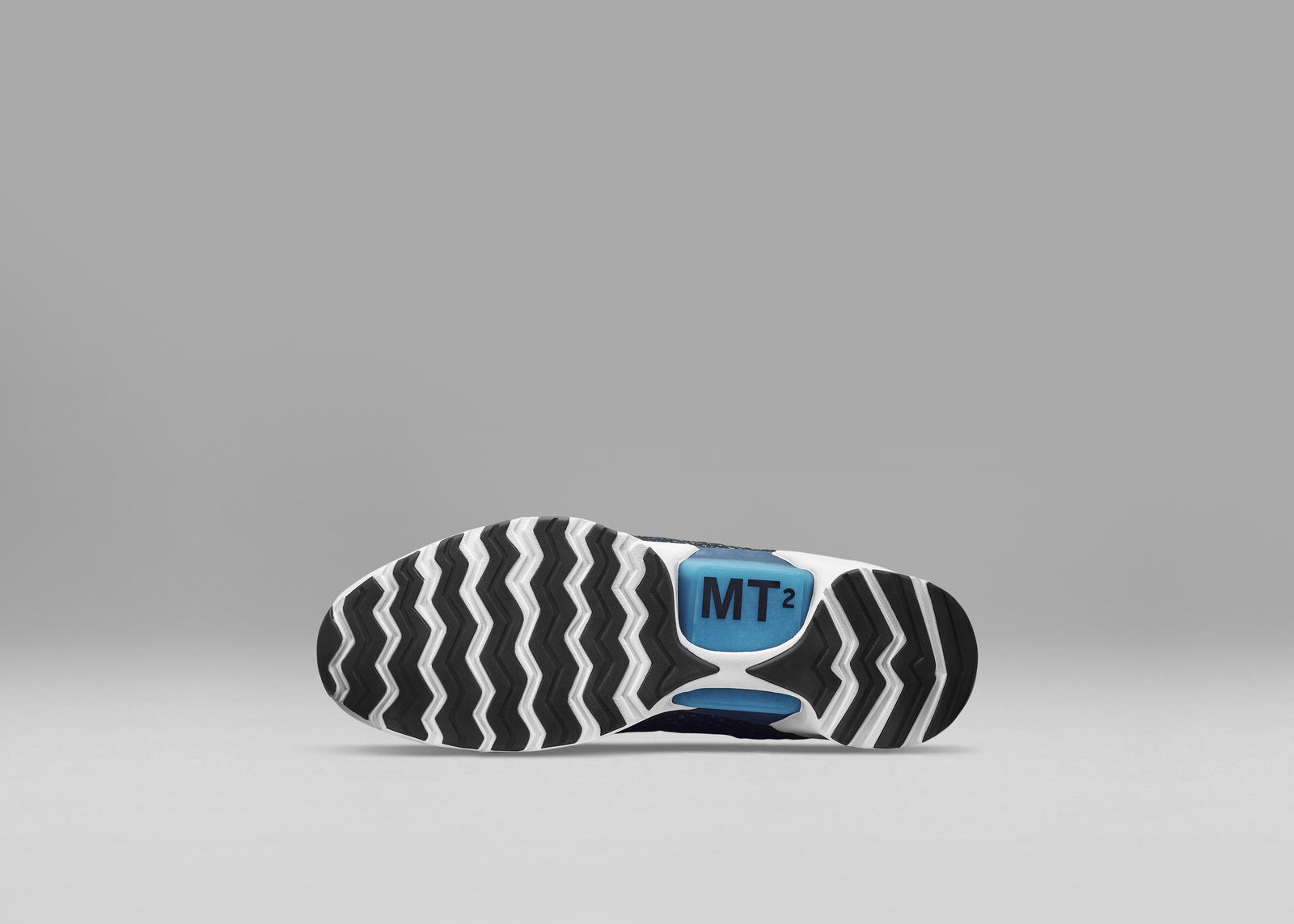 “Innovation at Nike is not about dreaming of tomorrow. It’s about accelerating toward it,” says Tinker Hatfield. “We’re able to anticipate the needs of athletes because we know them better than anybody. Sometimes, we deliver a reality before others have even begun to imagine it.”

According to Hatfield, the innovation solves important problems like the undue pressure due to slippage and tight tying.

“That’s an important step because feet undergo an incredible amount of stress during the competition,” 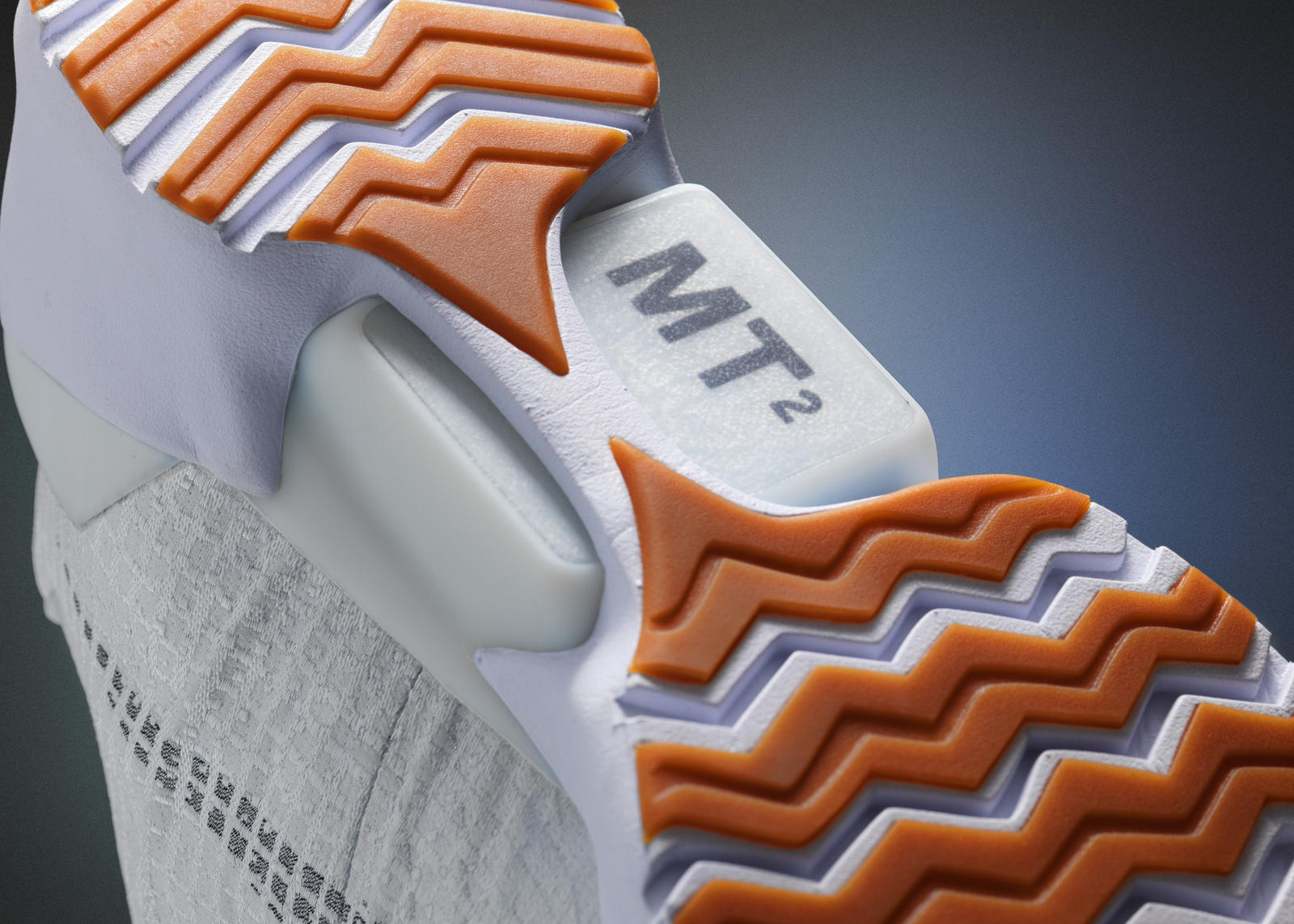 Surely the design came up after a long brainstorming and researching process. The team first designed a snowboard boot featuring an external generator. Then they embed the technical components into such a small space that the design moves with the body and absorbs all of the force.

The research took years for the team. 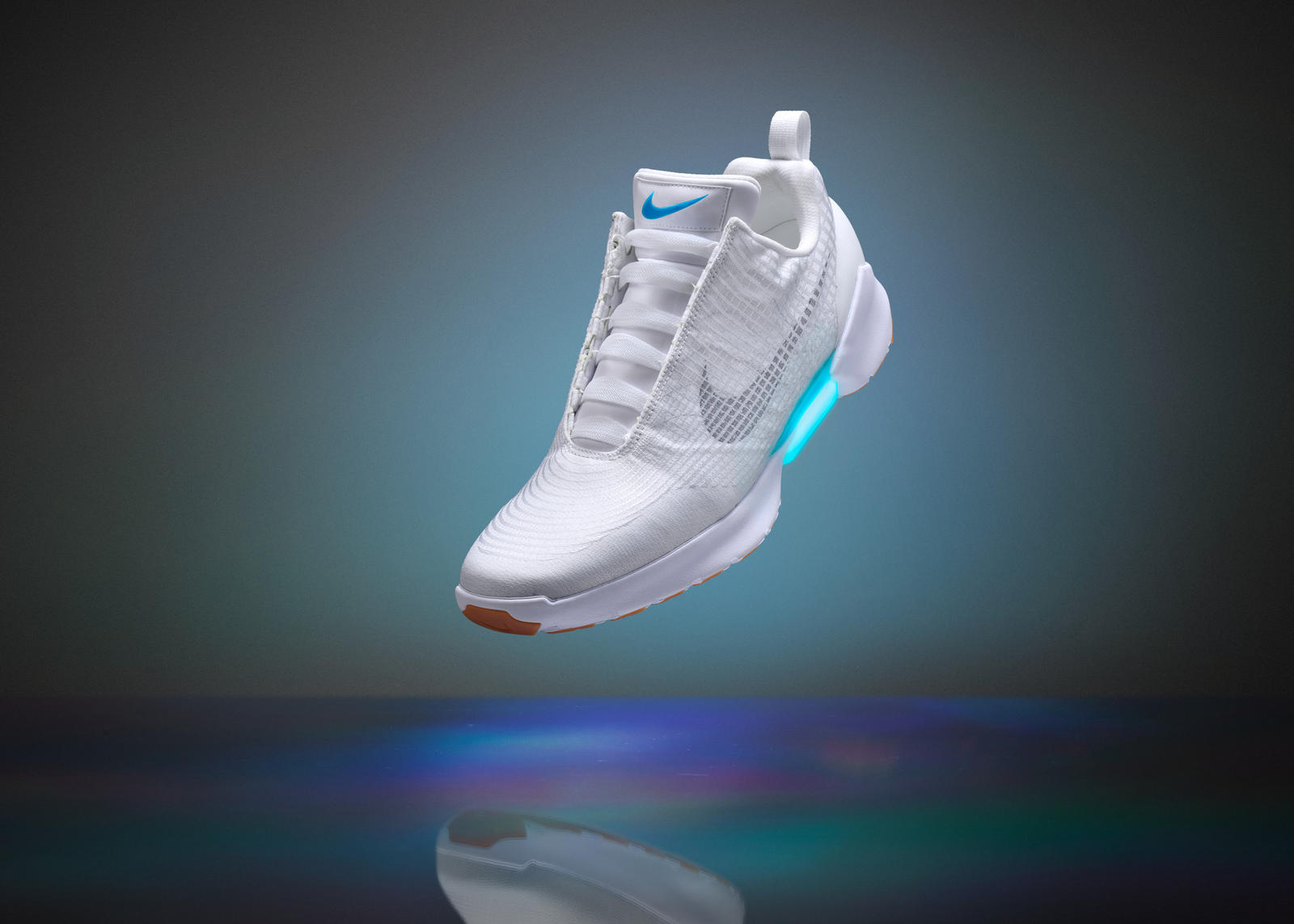 “It is amazing to consider a shoe that senses what the body needs in real-time. That eliminates a multitude of distractions, including mental attrition, and thus truly benefits performance.” Says Hatfield and adds, “Wouldn’t it be great if a shoe, in the future, could sense when you needed to have it tighter or looser? Could it take you even tighter than you’d normally go if it senses you really need extra snugness in a quick maneuver? That’s where we’re headed. In the future, the product will come alive.”

The HyperAdapt 1.0 is currently manual and personally controlled, but the team is still working on new innovation projects to create fully symbiotic relations between human and shoe. 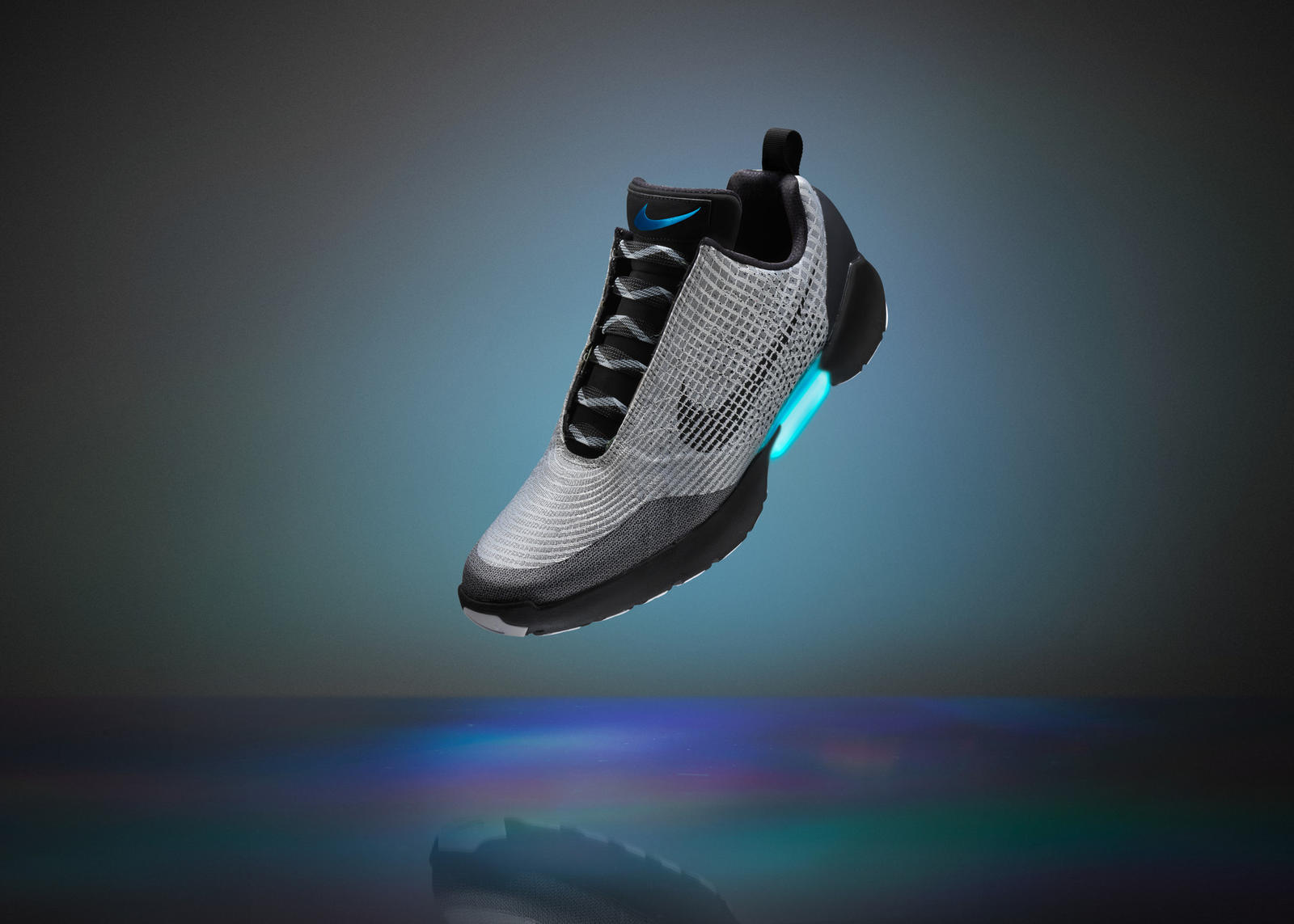 Buying an HyperAdapt 1.0 is paying for the technical research and science. You are not just having a pair of shoes, you are becoming part of the scientific journey. For now, you have to charge them every two weeks, but you take your shoes off every day, so it won't be too big of a deal.