Nikola Tesla is still alive in Silicon Valley providing free wi-fi to visitors from across the globe through one of his wireless lightbulbs.

While Tesla may have passed long ago, he is still providing visitors to Silicon Valley California with free wireless internet access. The famous inventor had many dreams and visions of wireless technologies but unfortunately passed roughly 30 years before the first wireless telephone call was made.Terry Guyer, a well-respected artist, was commissioned to create a life-size sculpture of Tesla holding one of his large wireless light bulbs. Within this lightbulb sits a wi-fi router that broadcasts to visitors in the area.

I was created therefore I am pic.twitter.com/1xpAOdlSOW

The statue actually raised US$127,000 on Kickstarter in May of 2013 by a company named, Northern Imagination. When the campaign was ongoing, the company released the following hilarious video detailing what may have happened if "Nick" had pitched his ideas to current Silicon Valley execs. 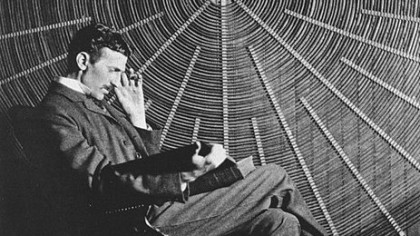 While Tesla's influence lives on in many other ways through his advances in technology and electricity, it is nonetheless cool to see a physical image of the inventor providing wireless technology to the masses. Inside the statue also lies a time capsule to be opened on the 100th anniversary of Tesla's death, January 7, 2043.

The statue even has its very own website where you can read more about how the piece of art was created or maybe even get your hands on a custom bumper sticker picturing the now famous statue. A 3D printed model of the Tesla statue will be soon released so you can have your very own figurine to give you inspiration on your desk. 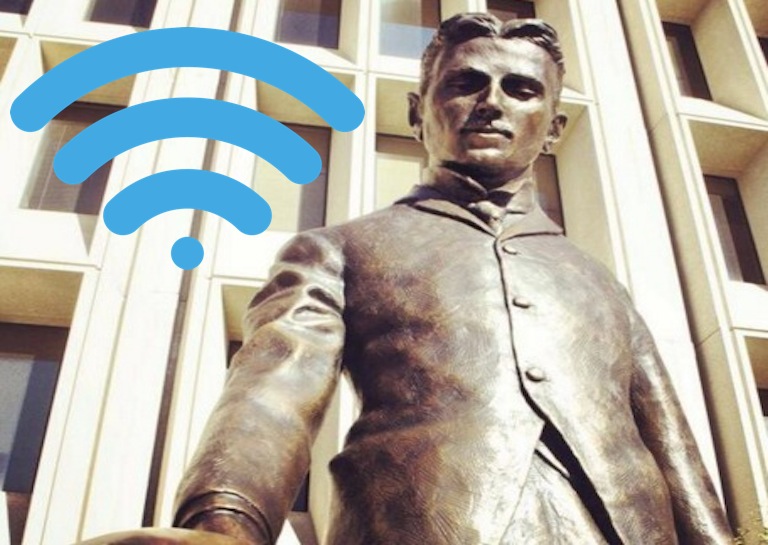 If you're interested in visiting the great inventor himself, and maybe taking advantage of some of the free wi-fi, you can use the map below to plan the route for your next trip.