In honor of one of the world's best inventors, here are some of Nikola Tesla's greatest achievements and inventions.

Nikola Tesla is perhaps one of the greatest scientists and American inventors that have ever lived. His experiments were far beyond his time, which left much of his work underappreciated until after he passed away. Born on July 10, 1856, in Austria, where he would then make his way to New York City to further his work.

While in the United States, his showmanship and crazy inventions earned him the reputation of 'mad scientist,' and he was the creator of many things essential to modern life. In honor of his birthday today, here are some of the man's greatest achievements.

It all began in 1893 at the World’s Expo in Chicago where the feud between Edison's direct current and Tesla's alternating current culminated. The direct current, which was invented by Thomas Edison, was very dangerous and costly over long distances.

Tesla sought to implement alternating current for the power grid because it was cheaper and safer. To prove the safety of AC, he reportedly used a Tesla coil to send electricity through himself to produce light. Despite Edison's and General Electric's efforts to implement direct current, Tesla won the battle of the currents.

Nikola Tesla along with George Westinghouse constructed the world's first hydro-electric power plant at the base of Niagara Falls. The power plant remains to this day as a museum, but it was one of the first energy generation locations that started the process of electrifying the world.

At the time of Tesla's life, ionizing radiation and electromagnetism were heavily studied subjects. His early experiments with x-ray imaging eventually led to its implementation in the medical field. The discovery of x-rays was one that Tesla found through his quest to understand the unseen forces in the world around him. This drive ultimately is what made Tesla such a profoundly amazing inventor.

Proclaimed as one of the 10 greatest inventions of all time, Tesla's induction motor revolutionized was what possible in the appliance industry. It was the first instance where electrical energy could be sustainably converted to mechanical energy. This gave way to compact mixing machines to washing machines among many other things. Essentially all modern electronics that utilize electric motors can thank Tesla for their existence. 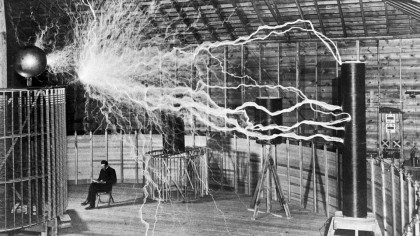 How Nikola Tesla's Visions of Our World Came to Be Reality

Tesla's genius will go down in history. He was the author of numerous books, developed and designed many devices, but still died in poverty, in January 1943, at the age of 86.

For a look at 10 other of Tesla's greatest inventions, you can take a look at the video below.

What are your favorite patents created by this great man?