In an escalating arms race to capture the attention of an entire generation of gamers, video game companies have created some impressive technological innovations. At the industry's inception, better graphics were the easiest way to set great games apart from the crowd. As technology evolved, new innovations became possible, and every step of the way Nintendo has lead the pack as a trendsetter.

Nintendo got the home video game entertainment industry started with their first gaming system and lovable brand characters. They produced the first mobile gaming device that would eventually lead the world in a mobile gaming revolution and continued to innovate that field further and further. The Nintendo DS lead the industry in touchscreen technology, and nobody else came even close. The Wii was the first introduction of motion controls and video games that you could physically engage with. Finally, the Switch combined all of their hallmarks: fun, family-friendly games on a device with mobile capabilities and fun and engaging motion controls.

And now, the Nintendo Labo is a DIY kit that lets you customize your Switch to create an even broader user experience that goes beyond what's on the screen.

Labo uses onboard sensors already existing in the Nintendo Switch controllers to allow the user to create tons of cool new toys.

The Nintendo Switch has already been making waves in the industry because of the range of features that it has. The Labo kit shows off just how far that tech can go: with a few simple improvements, the Switch's Joy-cons can become so much more. 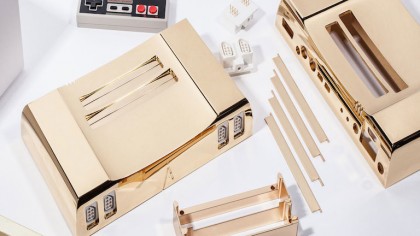 The methods by which the Labo work are really awesome from a design perspective. By creating reflective surfaces, the cardboard changes what the onboard IR cameras see, giving them a new range of possible functions. The IR cameras' position and view changes based on what cardboard shell you constructed around them. The piano construction uses the Joy-con with the IR camera in it to sense when keys on the keyboard are being pressed down; the controllers also have built-in gyroscopes and accelerometers that allow them to sense motion (such as striking or jumping) and speed and power. The Joy-con's ability to shake with varying intensity gives it the power to move small objects around on the ground, creating the adorable walking toys in the video. And of course, the screen offers a totally interactive way to engage with the great thing you created.

The cardboard has little electric sensors on the inside, so don't expect to be able to make these peripherals from cardboard scraps you have lying around the house. However, if you do really want to make your own, it is probably possible to find a diagram online of where to put the photo-reflectors or reflective tape, but it's likely that they will be mostly useless without the software. The good news is, when these things inevitably get damaged because they are made out of cardboard and rubber bands, they should be pretty easy to repair.

The best part about these peripherals is that they are extremely low-tech but high-power improvements to the existing controllers. One thing that gamers have constantly had to worry about as technology has improved has been the cost of entry. VR headsets have been getting a lot of attention for the last five years, but the technology is still so expensive that many people can not afford to introduce themselves to it. Labo allows the user to dramatically increase the capability of their device with a much smaller cost than buying entirely new tech or a new system.

The devices seem to range from fairly simple DIY projects that you could snap together in a couple of minutes with proper instructions, to massive and delicate projects that will require quite a bit of time and focus. In particular, the robot backpack appears to have a series of pullies controlled by rubber bands on the inside -- but it definitely looks well worth the effort required.