As drones have become more prevalent and highly advanced, first person drone racing is becoming quite the sport, if you can call it that. Nonetheless, drone racing is a thing people do now, but just how much speed can these racing drones achieve? Well, Nissan has taken drone racing to the next level and custom made a Nissan GT-R drone that can do 0 to 100km/hr in 1.3 seconds. So, it's just a little fast. Check out the race between the drone and a real GT-R below.

Piloted by James Bowles, the 2015 British National Drone Racing champion, the drone was set to compete from the start. Clunky wheels are no match for four 2,000 kV motors on the GT-R racing drone, or are they? The drone was specifically built to keep up with the 2017 Nissan GT-R, but keep in mind, Nissan is advertising a car here, not a fancy new quadcopter. It's also not the best advertisement if your "fast" car is beaten in a track race by a quadcopter, so, the four-wheeled GT-R won the race. 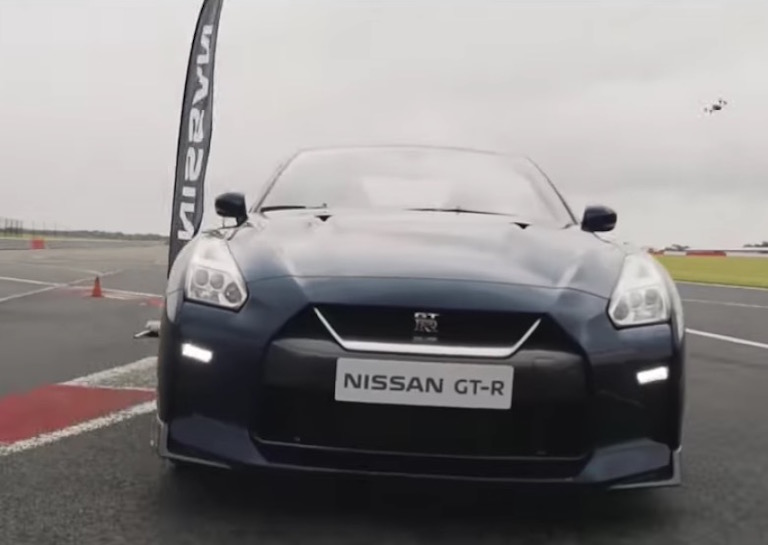 While you may not think that drone racing will ever become a thing, it is actually really fun to watch, and it is gaining traction in the entertainment sports industry. Imagine all of the different races you could have using these drones, it would make for some awesome viewing.

A Personal Flying Vehicle Prototype Can Fly You at 160 MPH