Going abroad? Why not get one of these 9 great instant translation apps to help you get around like a local.

For those who love to travel amongst us, learning the lingo can be a challenge. Especially if you're visiting several different countries in a short time. Historically you'd need a pile of books to get by but no longer with instant translation apps.

You can even use them to learn a language, two for one! The following collection of 9 instant translation apps are some of the best on the market but are far from exhaustive and in no particular order. 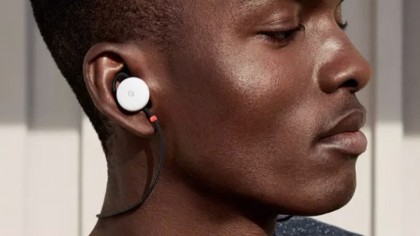 We'll start our list of instant translation apps with the most obvious one. Google translate supports a wide range of languages, usually more than most of the competition. It is a "must have" app for anyone who travels a lot.

It offers over 100 languages, with varying degrees of accuracy. Offline it offers the user around 52 languages and can be used for real-time video translations, speech-to-speech and in some circumstances handwriting translation.

It can be used to translate signs, menus and other written words using your phone's camera and its all completely free and cross-platform.

Google has also recently released their Google Pixel 2 earbuds that can translate up to 40 languages, in real time! Good work Google.

If you have a smartphone, iTranslate will provide you with text-to-speech and voice-to-voice translation. It work's on both iOS and Android devices. It doesn't have all the functions you might be used to from Google Translate, but reviews are pretty good.

One chap even tried it out in a refugee camp and found that the voice input and output was better than that of Google's alternative. This app can translate what you say with very little lag time and even offers some offline capabilities for certain languages. You can even save the most commonly used phrases in a "phrasebook" for quick and easy access.

It supports 91 languages and dialects but not all to the same degree.

TripLingo, by all accounts, has a pretty powerful translator ram packed with nice extras. These include language learning tools, cultural information and even some free international calls with Wi-Fi.

It also has an interactive phrasebook, instant voice translator and some other useful tools such as emergency info and a currency converter. The translator comes with some handy formal, casual and slang translations, which is nice. You can even contact a real live human translator for a fee. It supports in over 100 countries and offers 42 languages.

Touted as a "universal translator", SayHi is available on all platforms. It offers translation into around 90 languages and dialects. The application aims for 95% accuracy and “The spare and straightforward interface makes this app appealing.” according to some reviews.

You can customize the translation a little by choosing either male or female voices as well as setting the speed. It even includes some Arabic dialects and Welsh, which is impressive. You will need an internet connection to use this app, however.

Speak and Translate is a great instant language translator that focuses on speech-to-speech. It does also provide text-only support for less common languages. Speak and Translate offers full integration with iCloud if you want to review your translation history and sync with all connected devices.

It does demand an internet connection to use, however. As you've probably guessed, this one is iOS only.

Don't underestimate the power of this instant language translator. Microsoft's app has been in Google Translate's shadow for quite a while now, but it is definitely worth a look. It is free and can support 60 different languages. Most of these come with spoken translations too.

It boasts a split-screen mode that allows two individuals to hold a conversation in their native tongues. Translations are then generated for each person. You can use your phone's camera to also translate signs and menu's but it's not as slick as Google's.

It also offers translation across multiple devices for group chats and the like, which is really nice.

If you are studying any of these languages, this is a great app to help with your studies. It does only offer 10 months for free, so be mindful of that.

It works offline so you won't need an internet connection, which is handy. This is great for translating menus and signs when pottering around in Asia. They do plan on adding more languages in time, so watch this space.

iHandy is a quick and dirty, no frills app that provides instant language translation. It offers text-to-text and text-to-speech translations in over 52 commonly spoken languages. Its no-frills approach helps save your battery and memory space on your phone, which is always a bonus.

Like other competitors on our list of instant translation apps, it offers a phrasebook to remember your more commonly used phrases for speed of reference. You can also share your translations to other apps or across social media networks.

It has a paid for and free version, but the free version does come with ads. If that doesn't bother you then go for it. It also can't translate photo text.

Voice Translator is heavily focussed on conversational translation. You can record phrases and sentences and this app will translate them into whatever language you desire. You can then share your translation with friends or file them away for later.

For face to face translations, you can pass the phone back and forth to have a conversation (or keep hold of your phone and show them, just in case). This application puts the two languages side by side, so you can both keep track of the conversation.

It does need an internet connection.

So there you go. 9 great instant translation apps for your consideration. Have we missed any? Feel free to make your suggestions below.