Nonprofit Wants to Send Wikipedia Archive to the Moon by 2020

The Arch Mission Foundation is dedicated to establishing an archive of humanity in space. It hopes to send millions of Wikipedia pages to the moon by 2020.

A nonprofit is planning to send a library of Wikipedia articles to the moon. The Arch Mission Foundation has announced it has plans to send millions of articles into space by etching them onto sheets of metal that are thinner than a strand of human hair.

They claim that they can send millions of pages of material in a package smaller than a conventional CD. The Arch Mission Foundation was established in 2015 with the aim to set up archives of humanity’s culture in different places throughout the cosmos to inspire people about space.

“We thought of this project to archive human civilization around the Solar System — to create a permanent off-site backup of all our cultural achievements,” Arch co-founder Nova Spivack told online media. “So, our knowledge, our art, our languages, our history — all the stuff the human mind has produced.” 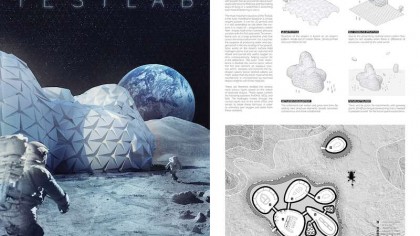 The space-based archives have the potential to last for millions to billions of years in space and might be the only surviving relic of human history.

The Arch Mission Foundation will collaborate with space startup Astrobotic to get the archive up to the moon.

Astrobotic has the lofty ambition to be the first delivery service to the moon. The fledgling company is currently developing a robotic delivery system between Earth and the moon as well a fleet of rovers that will be able to move across the Moon’s surface.

Astrobotic's first mission will be to launch a lander called the Peregrine, to the Moon via an Atlas V rocket in mid-2020. It will be on that voyage that the tiny metal Wikipedia pages will get a lift.

Wikipedia pages could be read in millions of years time

The pages will stay on the lander once it settles down the moon's landscape. “It’s humbling to think our mission to the Moon will deliver something that could be read millions of years from now,” John Thornton, Astrobotic CEO, said in a statement.

“Arch’s Lunar Library will be a monument not only to human knowledge and culture but also the first commercial mission to the Moon.”

“Arch’s Lunar Library will be a monument not only to human knowledge and culture but also the first commercial mission to the Moon.” This won’t be the first piece of data that The Arch Mission Foundation has sent into space.

Earlier this year, the foundation organized for the entirety of Isaac Asimov’s Foundation trilogy to be stored on tiny digital storage devices called Archs which were then inserted into the into the Tesla Roadster which hitched a ride on SpaceX’s Falcon Heavy rocket.

That collaboration reportedly came about after Spivack tweeted at SpaceX CEO Elon Musk, asking him to include the books on the flight. Spivack says the popular book series was a good choice as it is about a group of people trying to preserve an encyclopedia for the future of the galaxy to prevent an impending dark age.

NASA to Give $160,000 Reward for Your Mini Payload Design for Moon Rovers