More than half of the new cars purchased in Norway in 2018 were electric.

Norway has proclaimed it wants to stop selling fossil fuel dependent domestic cars by 2025. And the Scandinavian country seems well on its way with recent sales figures indicating that half of all passenger cars sold in Norway that year were either all-electric or plug-in hybrids.

These strong sales figures are a global record according to the Norwegian Road Federation. The all-electric Nissan leaf took the crown for top-selling EV.

According to the International Energy Agency Norway increased its electric cars sales from just 6% in 2013 to 39% in 2017. It is the top-ranked country for electric car sales followed by Iceland then Sweden.

Electric car sales make sense in Norway, a country with no import tax, no sales tax, no vehicle-registration fees, free access to toll roads for EV’s and even free parking in some urban areas. However, there are still drawbacks for consumers considering eh electric leap.

Mainly to do with parking in charging space. Drivers in dense urban areas without private car parks seem hesitant to commit to an electric vehicle and have to rely on public charging.

According to the International Energy Agency, more than 90% owners of electric cars in Norway charge their vehicles at home daily or weekly.

However, companies like Tesla have recently announced plans to expand their charging network as well as work with developers to ensure charging stations are built into shared parking in residential blocks.

What is interesting about Norway that despite many years of huge EV adoption, the country’s oil consumption has risen. Unlike surrounding countries, Norway has increased its demand for oil over the last five years - until recently. 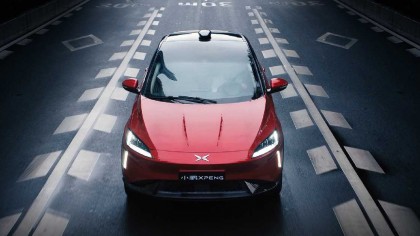 Earlier this year, the Norwegian government released its 2017 figures for the sales of petroleum products and for the first time since 2014 Norway's consumption of gasoline and diesel declined across the board.

The decline in oil demand is likely linked to an overall drop in the purchasing of new cars. However, Norway's population is also increasing. This increase is in part to an increase in immigration a group of people unlikely to purchase new cars immediately.

So while there are good signs for Norway's switch to a full-electric fleet it may be some time as the economics of the country settle.