Norwegian Billionaire Funds 600-Foot Superyacht to Help Save the Ocean

One of Norway's richest men is giving back to the community. Kjell Inge Rokke is worth roughly $2.6 billion. Like any good Norwegian billionaire, Rokke also has his fair share of yachts. It would normally come as no surprise to hear another superyacht is being constructed. However, Rokke wanted to build something more than a typical boat.

Rokke's superyacht will be managed by the World Wildlife Fund of Norway. The project is called the REV -- Research Expedition Vessel -- and will be built by VARD boatmakers and designed by Espen Oeino. The boat will hold 30 crew members and up to 60 researchers at any one time. Exactly how large will this superyacht be? Current plans sit at an impressive 595 feet (182 m). Equipment will allow WWF researchers to make both atmospheric and sea measurements down to 6,000 meters deep.

REV won't just serve as a research facility. It will also sweep up debris and plastic trash throughout its voyage. 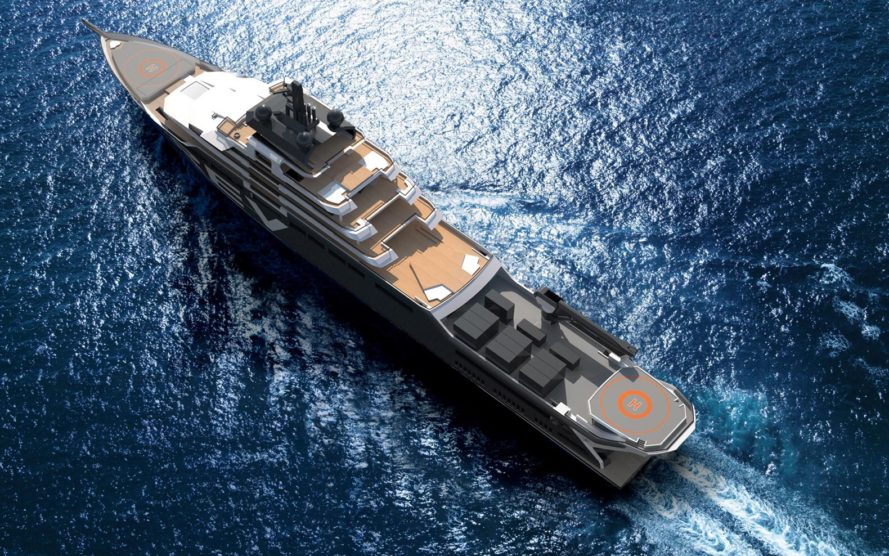 "We will experiment on ways to catch plastic out of the sea," Rokke said.

REV will be built by VARD services and the company noted that a low carbon footprint is crucial to designing such a large ship. The boat will come with an energy management system and allow the crew to make real-time decisions toward energy-saving techniques. The REV will also come with an "energy recovery rudder system, medium speed engines, a direct drive diesel-electric propulsion system with battery package, and an exhaust cleaning system," according to VARD's website.

It might seem odd to some that Rokke would take up such an environmental initiative. Rokke owns over two-thirds of Aker ASA -- a shipping and offshore drilling conglomerate. But Rokke said he wants to use the ship to answer more questions about the world's oceans. 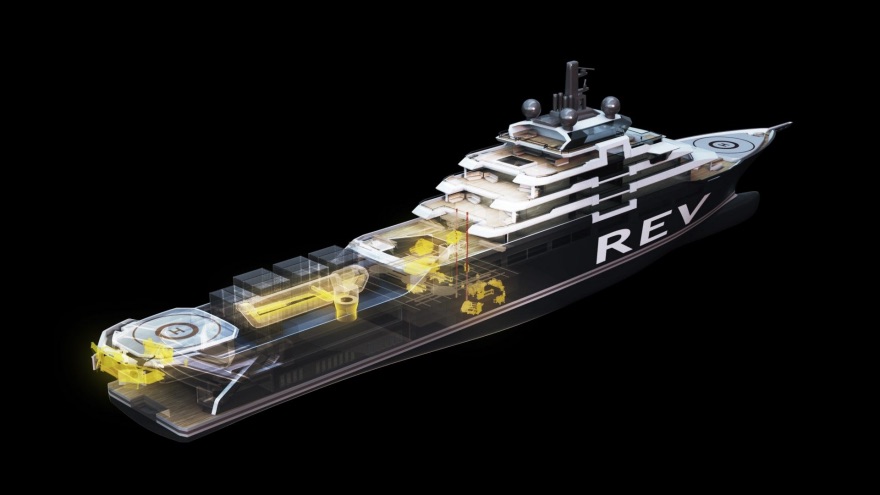 “I want to give back to society the bulk of what I’ve earned," he told Oslo publication Aftenposen. "This ship is a part of it…sea covers 70 percent of Earth’s surface and much is not researched.”

Rokke doesn't expect to earn any royalties or money from the projects. He plans on paying for the ship's entire operating budget, construction, and fees out of his pocket.

WWF Norway Secretary General Nina Jensen told Aftenposten that while the two disagree over oil, WWF won't compromise its standards. However, she also said the WWF will make the most of this opportunity.

"In this project, we will meet to collectively make a big difference in the environmental struggle," she said.

The REV will be ready for its maiden voyage sometime in 2020.

The REV certainly stacks up against other superyachts with impressive fashion. The Triple Deuce -- the world's longest superyacht announced in 2015 -- comes in at 728 feet (222 meters) long. That project alone cost an estimated $1.1 billion, and should be completed within the next year. Currently, the world's longest superyacht is owned by President of the United Arab Emirates Sheikh Khalifa bin Zayed Al Nahyan. "Azzam" comes in at an impressive 590 feet (approx. 180 meters).