The Great Barrier Reef, located off the coast of Queensland in northeastern Australia, is not only mesmerizingly beautiful it is also considered the largest living structure on Earth.

At 2,300km in length, the ecosystem is made of over 600 types of hard and soft coral and houses countless species of aquatic animals. It is even visible from space.

Scientists to the rescue

But like all things on planet Earth, the reef is struggling due to climate change developments leading to extreme weather phenomena.

Now, researchers from BMT, and the Schools of Civil Engineering and Biological Sciences from the University of Queensland (UQ), supported by underwater specialists from Commercial Marine Group, have come to its rescue.

Their plan is a lofty one. Using novel 3D structures, they intend to protect the remaining reef and boost its growth.

“These 3D artificial coral structures, often known in classic Australian fashion as 'Bommies,' will not only act as a unique ‘buffer’ against cyclone wave damage but will also provide a stable base for new coral recruitment," said UQ’s School of Civil Engineering Professor Tom Baldock.

"These artificial bommies would each measure 2m in diameter, and would be placed strategically to help speed up the natural repair processes and provide healthy habitats for fish.”

The scientists have already started what they call "reef rehabilitation trials" at two sites last month. These trials aim to deal with coral rubble which came about as a result of ‘Cyclone Debbie’ in March 2017.

Debbie was a tropical cyclone so devastating it is considered the strongest in the Australian region since Quang in 2015. 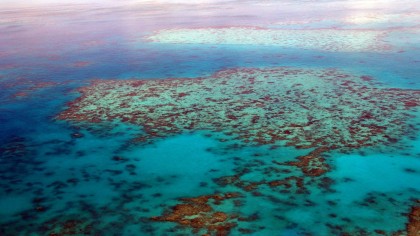 The scientists have a brilliant idea when it comes to dealing with all the dead coral and it is to recycle them into structures that can help the reef. Talk about human ingenuity at its best!

At the moment, the researchers are still at phase 1 of their geoengineering and biodiversity trials and are busy investigating their outcomes to adapt their future approaches better.

“Having seen the scale of impact to coral that remains from ‘Cyclone Debbie,’ we have the opportunity to make a real difference in this area. The new proposed plan by BMT and UQ addresses the issue of dead and damaged coral accumulating at the bottom of the seabed, where it begins binding together and forming a foundation for new coral to take hold. The BMT-UQ team want to speed up that process by collecting dead coral and building new structures out of it, to protect the remaining reef and stimulating new coral growth," explained BMT Project Leader Dr. David Rissik.

Best of all, the researchers claim their approach can be undertaken in other areas beyond the trial sections. We wish them luck and hope to see this great reef, considered one of Australia's national treasures, restored.