A New Zealand-based non profit has come up with an original, and highly effective, method of diverting email scammers.

Unfortunately, email scammers, and the damage they inflict upon unsuspecting Internet users, is a growing problem that we all deal with. For those savvy enough to spot a fake, they represent a small annoyance or spam message, or even provide a small amount of entertainment because of the often outrageous claims being made. The industry, however, is built upon the premise that gullible people—the bait—must be identified at all costs, which explains why the fraudulent emails drain roughly £3.3 billion a year from UK customers.

Re:scam, a bot that replies to spam emails on your behalf, is providing fresh hope to the victims of scamming. It was developed by Netsafe, a nonprofit based in New Zealand. But that’s not all: the robot replies with witty and funny quips to the messages. In other words, scammers get a taste of how ripped off customers feel.

Users can simply forward any questionable messages to Re:scam, and the robot does the rest. Best of all, the robot is relentless: it asks question after annoying question until the scammer basically decides to give up. Netsafe created Re:scam with the idea that it would essentially occupy the time of the scammers, which also means that fewer people can be contacted, disrupting the network of fraud.

The welcome message on the homepage captures the philosophy perfectly: “Thank you for the unbelievable response. Based on the volume of emails coming in it’s clear the world has had enough of scammers.”

Here’s a typical response when Re:scam is in action:

You receive an email with the text, “Do you wish to be a member of the great illuminati family? Do you want to be [sic] payment $5,000,000 weekly? Let us now [sic] if you are interested in success,” to which the bot responds, “Dear Illuminati, what a wonderful surprise! I’d love to join your secret club. Do you do a bingo night?” Naturally, this angers the scammer, but the bot responds cheerfully, “Terrific! But to avoid detection I’m going to send my bank account details through one number at a time.” The result: another victory against scammers. 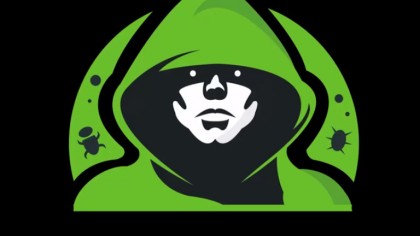 Netsafe CEO Martin Cocker says about the motivation behind the development of the bot: “We are really concerned about the growth of predatory email phishing, while victims remain essentially powerless. We feel the scale of the problem far outweighs the attention it receives, and we want to empower people to take action. Re:scam provides them with the opportunity to do so.”

Though the organization has not disclosed the specific technology being used, it has reported that the bot has responded to upwards of 22,000 emails so far, which adds up to roughly 2.5 months of time a scammer would spend preying upon the public. Regardless of the relatively small scale of the progress—the industry rakes in billions annually through a system of carefully orchestrated networks—the impact is apparent:

“Everyone is susceptible to online phishing schemes and no matter how tech savvy you are, scammers are becoming increasingly sophisticated,” says Martin, adding, “Re:scam will adapt as the scammers adapt their techniques, collecting data that will help us to keep up and protect more and more people across New Zealand.”