Number of Investors for Tesla's New Semi Continues to Increase

More companies have announced that they will invest in Tesla Semis in order to cut emissions and operational cost.

Anheuser-Busch, the company that brews some of the world's most consumed beers like Budweiser and Bud Light, recently announced that they would invest in Tesla Semis. The beverage magnate joins the likes of Walmart and J.B. Hunt.

The company said it would reserve 40 Tesla semis at $5,000 per reservation, so with some quick mental math, Anheuser-Busch put down a cool $200,000 (at the very least) for the newly released semis. They haven't yet specified whether they would buy the trucks outright or lease them, the Wall Street Journal noted. The global beer distributor said the Tesla semis would be part of a larger company effort to reduce fuel costs and vehicle emissions by 2025. Currently, Anheuser-Busch operates a fleet of roughly 750 trucks all owned and managed by third-party companies.

Anheuser-Busch's partnership with Tesla could indicate a shift away from its partnership with Otto. OttoMotto, a project under Uber's umbrella of self-driving trucks, recently hit a snag in promotion as the project got roped into a high-stakes lawsuit over allegedly stolen trade secrets, according to Reuters. In October 2016, the Otto project took 2,000 cases of Budweiser beer in a self-driving truck and hauled it 120 miles through Colorado.

In an interview regarding the Otto project, logistics representative for Anheuser-Busch James Sembrot said, "We think that self-driving technologies can improve safety, reduce emissions, and improve operational efficiencies of our shipments." And that quote can very much be applied to the company's investment in Tesla's semis and its autonomous technology.

Sembrot also spoke about the wait time for Tesla's semis to hit the road.

"We put the reservations down so we can prioritize our place in line," he said. "We don’t know who the carrier is going to be in two to three years when these things are actually produced." 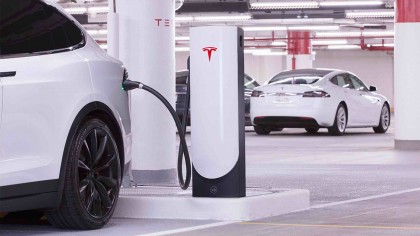 Sembrot also told WSJ the decision was made before Tesla launched the semi at an event in California last month. At that event, Tesla CEO Elon Musk detailed the impressive specs about the semi -- 500-mile range at the top price range, better efficiency on higher grade inclines, and Megachargers placed throughout the country that will charge up a semi to 400 miles of range in under 30 minutes.

Other companies investing in Tesla Semis

Anheuser-Busch joins several major industry players and some smaller businesses in their investments. Here are some of the other companies looking to make Tesla Semis part of their transportation:

Walmart - This announcement was one of the first to happen after the release of the semi. Walmart said it had preordered 15 units as part of a test run in Canada and the United States. In a statement, Walmart said, "We believe we can learn how this technology performs within our supply chain, as well as how it could help us meet some of our long-term sustainability goals, such as lowering emissions."

J.B. Hunt - One of the largest transportation logistics companies in North America also announced their investment shortly after Walmart's. The company noted:  "J.B. Hunt is the first mover, particularly with regard to Tesla, but we expect other carriers to follow as electric tractor viability becomes proven."

Fercam - The Italian company announced last month that it would bring one Tesla semi unit to Europe through MAO Inc, a US-based partner. "Technological innovation is surely our best ally for dealing with environmental issues; we’ve been waiting for this electric truck, which we think is ideal for our intermodal services," said Hannes Baumgartner, managing director of Fercam.

JK Moving - Founder Chuck Kuhn visited Tesla's Gigafactory 1 and was impressed with what he saw. While it's standard practice for JK Moving executives to visit a factory before investing, Kuhn noted that the competitors didn't match up "compared to what we saw out of Tesla." They've ordered at least four semis.

Meijer - The grocery chain announced that it pre-ordered four trucks for testing purposes. “Once our testing is complete, we will validate several factors, including environmental impact and product safety, and make a decision on whether we will complete the purchase," said Meijer spokesman Frank Gugliemi in an email to Detroit News.