According to the FBI’s 2017 Internet Crime Report, email fraud is still the number one cybercrime across the globe. Maybe you have fallen victim to an email scam yourself or know someone who has had the unfortunate event of having their identity stolen through a malicious link via a traditional email service.

Each year the methods used for email scammers get more sophisticated, precise, and advanced, yet the tools available to law enforcement to crack down on email scammers remains rather primitive.

Last year the FBI reported that email-based, social engineering attacks were the most commonly reported cybercrime, receiving well over 300,000 complaints in 2017, totaling losses of near 1.4 billion. You’ve probably come across some of these emails before in your spam box; messages offering fake financial opportunities, rental scams, and romance scams.

Reports from this year indicate that email cybercrimes are not only a major threat to individuals but also companies across the globe. With very little resources, a cybercriminal can easily threaten an entire corporation through a compromised email address, stealing financial reports, customer information etc.

Dubbed CEO fraud, this form of email scamming involves sending fake investment opportunities to target business emails. Up 2,370% since 2015, all a cybercriminal needs to construct their scheme is an email address or phone number or a high ranking official in the company. 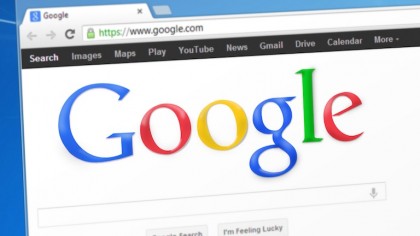 Created in collaboration with the Silicon Valley data security startup Agari, Assistant Professor of Computer Science and Engineering, Enrico Bertini, hopes Beagle will be a tool that will “sniff-out” as well as paint a more holistic picture of email scams.

Using the power of data Beagle can analyze hundred of thousands of emails, through a visual analytical interface that can return queries, look for commonalities between emails, summarize them, all while looking at a host of other factors like keywords, geological and content patterns. To get to this point, Beagle was created over a two-year process using the database of over 100,000 emails from real-life email scam cases.

As stated by Enrico Bertini, “Beagle builds pictures from the data, making it much easier to connect the dots and ultimately understand how scam networks operate, from the first contact with a victim through what are often multiple rounds of extortion.”

The beagle dog inspired tool has already had success and is currently being used in conjunction with law enforcement at, no cost, exposing large networks of scammers as well their victims, building evidence on cases that otherwise may never have been solved.

“Beagle has enhanced our ability to monitor and track these criminal organizations, painting a fuller picture of the individuals involved and their relationships between one another,” says Agari Field CTO, John Wilson.

Have you fallen victim to an email scam?