The first transistors were made from germanium in the late 1940s, and they had the size of a thumbnail. The same material can be rearranged to advance future electronics, according to a new study. 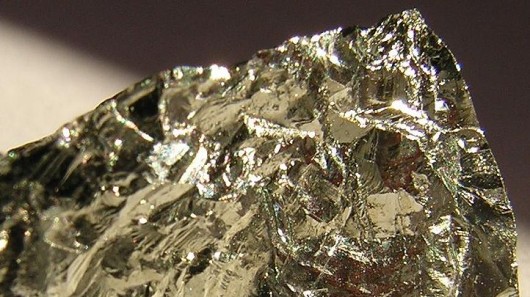 Chemists at the Ohio State University achieved a success developing a technology for creating a one-atom-thick layer of germanium. This  form is able to conduct electrons more than 10 times faster than silicon and 5 times faster than conventional germanium. In this form, the crystalline material is called germanane.

“Most people think of graphene as the electronic material of the future. But silicon and germanium are still the materials of the present. Sixty years’ worth of brainpower has gone into developing techniques to make chips out of them. So we’ve been searching for unique forms of silicon and germanium with advantageous properties, to get the benefits of a new material but with less cost and using existing technology.” Goldberger said.

Researchers have tried unsuccessfully to create germanane before. This is the first time of successful growth of sufficient quantities of it to measure it’s properties in detail, and demonstrate stabillity when exposed to air and water.

In nature, germanium forms multilayered crystals in which each atomic layer is bonded together, the single-atom layer is unstable. To get handle with that, Goldberger’s team created multi-layered germanium crystals with calcium atoms wedged between the layers. Then they dissolved away the calcium with water, and replaced calcium with hydrogen. The result is the ability to peel off individual layers of germanane.

The research was supported partially by an allocation of computing time from the Ohio Supercomputing Center, with instrumentation provided by the Analytical Surface Facility in the Department of Chemistry and Biochemistry and the Ohio State University Undergraduate Instrumental Analysis Program. Funding was provided by the National Science Foundation, the Army Research Office, the Center for Emergent Materials at Ohio State, and the university’s Materials Research Seed Grant Program.