Scientists recovered a jar in an ancient Egyptian tomb that was filled with cheese dating back 3,300 years. Luckily no one ate it!

Egyptian tombs, and the Pyramids in Giza, are ancient structures that offer powerful links to the past, connecting us to long ago times in a way that inspires us to constantly form theories--some officially, and some unofficially--about how people before lived and how the structures themselves came to be. The question of what people were eating seldom comes up, however.

A team of researchers are changing this narrative with a recent discovery of what they believe to be the oldest solid cheese ever found in the world. It was found inside the tomb of Ptahmes, mayor of Memphis in Egypt during the 13th century BC, a site which had been unearthed for the first time in 1885, but thanks to the natural process of shifting sands, it was not found again until 2010. The 3,300-year-old tomb itself measures 70m long, and is situated south of Cairo.

Due to the natural process of decomposition, recovering any food specimen from ancient times is in itself a rare occurrence. Also, given the presence of the "strong alkaline environment of the incorporating soil rich in sodium carbonate and the desertic conditions", somehow the cheese still survived over the centuries. The significance for the team, for egyptologists and for the larger scientific community is that it serves as the only evidence of cheese making from Ancient Egyptian times.

The team determined that an interesting mix that included cow, as well as sheep or goat milk, went into the process of creating the cheese which has a white and very crumbly hue. Not surprising, the team also found traces of the bacteria Brucella melitensis a pathogen found in unpasteurized milk that can cause disease in humans. This would also seem to confirm that Brucellosis, the disease caused by the bacteria, must have been a fairly common occurrence in those times. 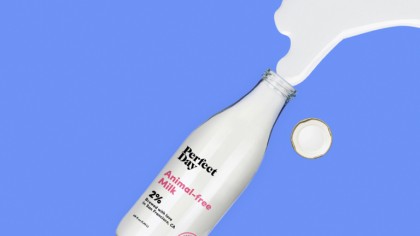 University of Catania Chemistry Department Dr. Enrico Greco, who was part of the team made up mostly of fellow researchers from Cairo University, was enthusiastic about the significance of their find, also pointing out that due to several factors it would be difficult to make determinations about all aspects of the cheese, for instance, the production process itself:

"The material analysed is probably the most ancient archaeological solid residue of cheese ever found to date," he said, "We know it was made mostly from sheep's and goat's milk, but for me it's really hard to imagine a specific flavour."

The finer details about the taste of the cheese aside--although one would imagine the cheese to have quite a bitter flavor --findings of this kind of discoveries are helping to shift our ideas about life in ancient times. It's another case of history rewriting itself.

The details of the team's rare find are contained in a paper, titled “Proteomic Analyses on an Ancient Egyptian Cheese and Biomolecular Evidence of Brucellosis", which was published last week in the Analytical Chemistry journal.