In the wake of Hurricanes Matthew and Nicole, the internet has provided some useful life hacks.

The two hurricanes led to multiple power outages and severe flood damage which shorts electric appliances. Often, this means that families who evacuate to return home to spoiled food. However, not everyone throws away all their produce, particularly after a storm. Consumption of spoiled foods can easily lead to food poisoning.

One tip has gained popularity, being shared 400,000 times in just a few days. The One Cup Tip looks to reduce the chances of food poisoning with just a quarter and a cup of water.

"For those of you that are evacuating from the coast, I just heard a great tip. It's called the one cup tip. You put a cup of water in your freezer. Freeze it solid and then put a quarter on top of it and leave it in your freezer. That way when you come back after you've been evacuated you can tell if your food went completely bad and just refroze or if it stayed Frozen while you were gone.

For those of you that are evacuating from the coast, I just heard a great tip. It's called the one cup tip. You put a...

If the quarter has fallen to the bottom of the cup that means all the food defrosted and you should throw it out. But if the quarter is either on the top or in the middle of the cup then your food may still be ok. It would also be a great idea to leave this in your freezer all the time and if you lose power for any reason you will have this tip to fall back on. If you don't feel good about your food, just throw it out. The main thing is for all to be safe. Please SHARE this on your page."

Somehow, her trick is basing on simple physic and chemistry rules as like freezing and melting points of liquids, the buoyancy of the water, specific gravity and the force of the gravity as well. 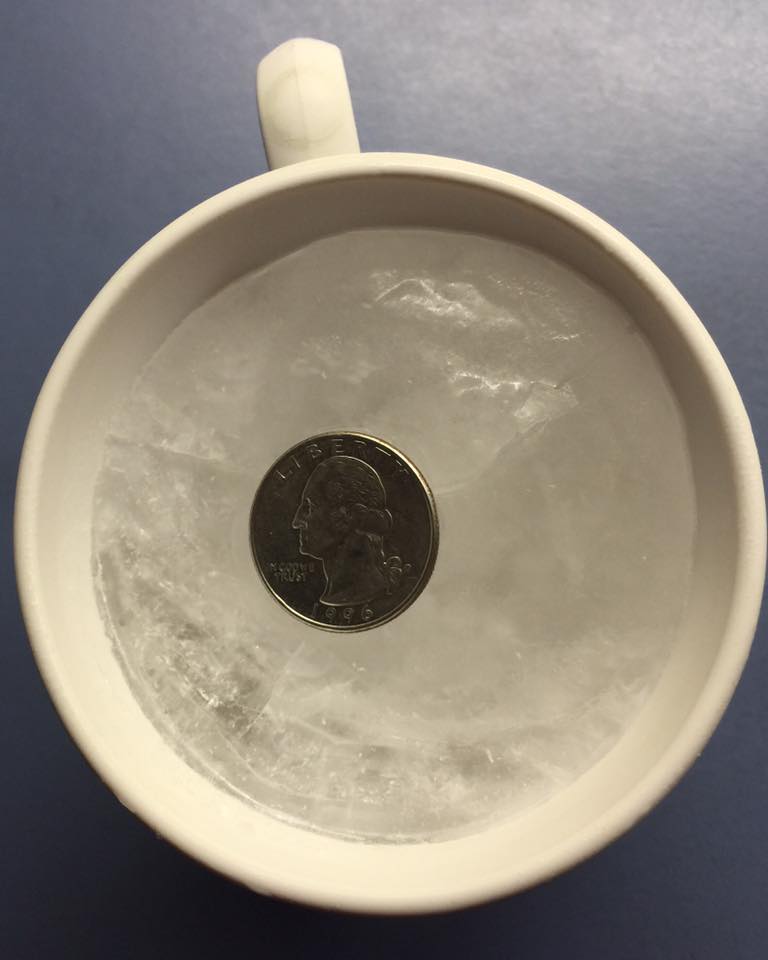 The technique is also useful under any circumstances, as like going to holiday, business trips or emergency situations as well. Or even unknown power cuts, while you are outside, is causing the melting your frozen food and becomes extremely dangerous to eat.

Poorly-kept food allows for viruses, parasites and bacteria to cultivate on the item. Once digested by our bodies, that bacteria can spread and cause nausea, vomiting, diarrhea and dehydration.

For only a quarter and a cup of water, you can prevent thes

Kangaroos Can 'Talk' to Humans With Unique Gaze, Just Like Dogs, Says Study