Don’t worry, you still have time. According to some leading researchers, the universe could end in 5 billion years.

Perhaps this is too morbid given our current situation across the world, we should not be talking about the end of the universe, but misery does love company at times. Like a constant in the universe, everything must come to an end at some point. However, the good news is that you do have time before the universe’s final act. 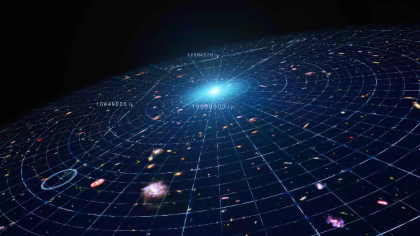 What Do We Really Know About the Universe?

In a research paper published in 2010 pleasantly titled, eternal inflation predicts that time will end, researchers predict that the universe will end in about 5 billion years, ironically around the same time in which our sun is about to end. However, have you ever thought about what would cause the end of our universe? Or maybe if it would happen earlier, with some theoretical physicists saying it could happen in 2.8 billion years.

It all started with a bang

13.8 billion years ago, our universe was created after a massive bang, generating an imaginable amount of energy, spewing out the foundations of the entire universe, including you. Now, we want you to picture the early universe like a small balloon with the energy of the Big Bang, causing it to expand over billions of years. The universe is still expanding to this day at an accelerated rate. As mentioned by Thomas Kitching, lecturer in Astrophysics at University College London, "For a long time scientists, including Albert Einstein, thought the Universe was static and infinite.”

"Observations have since shown it is expanding, and at an accelerating rate. This means it must have originated from a more compact state that we call the Big Bang, implying that time does have a beginning.” In short, so much energy was generated in the big bang, that the planet still keeps on expanding.

The universe could rip apart

Let’s start with the first ideas that we discussed.

The idea of the Big Rip has been prevalent in the scientific community for years. The thing is, as we mentioned several times already, the universe is expanding at an accelerated rate. Over time the pull of our Universe grows stronger than the actual gravity it contains. Eventually, this would lead to the tearing apart of galaxies, planets, stars, and even black holes. What would be left? Nothing, but single disconnected particles of what is now our new “universe” if humanity is still even around at this point, our planet would slowly decay into radiation with an event that would look like Thanos snapped his fingers twice.

One of the leading researchers and proponents of the Big Rip is Vanderbilt University's physics and mathematics professors Thomas Kephart and Robert Scherrer. In fact, they have completed a new mathematical model for the Big Rip, a model that could also shed more light on the elusive dark energy in our universe. As mentioned by the Vanderbilt press team, “The new math has some significant implications for the ultimate fate of the universe. It tends to favor one of the more radical scenarios that cosmologists have come up with known as the “Big Rip.” It may also shed new light on the basic nature of dark energy.”

So, after the universe becomes nothing but disconnected particles, what happens next? Well, some have theorized that this Big Rip could lead to another Big Bang, pointing to another idea that the universe itself could be cyclical processes of destruction and creation. But, again, the good news is that you do not have to worry about any of this at the moment, for at least another couple billion years or so.

The universe could freeze in its tracks

Also known as Heat Death, The Big Freeze is another way the Universe could end in the next couple of billion years and things are not pretty. In fact, out of all the scenarios presented on this list, it is one of the most widely accepted models of the ending of our universe.

In stark contrast to something like the Big Rip or Big Crunch, The Freeze centers around the basic ideas behind entropy. Our massive isolated system, i.e., the Universe, will have its entropy continuously increase until it reaches a maximum value. On this fateful day, the heat in our universe will completely be distributed, allowing no room for usable energy.

In short, the universe would stop moving (or move very slowly); hence the term freeze, with supplies of gas spread so thin that stars could form in this new endless void. It is almost like stretching a piece of cloth to the point that it cannot stretch anymore, still able to expand at tiny, incremental amounts.

Our universe would move from order to disorder. Basically, this scenario creates a period in which all matter in the universe continues to expand foreve.r with all matter eventually reaching a final uniform state.

The universe could collapse

On the opposite end of the spectrum, the Universe could go on to collapse in on itself. Let’s go back to our balloon idea. Rather than popping and tearing itself apart, the balloon would deflate shrinking to its original point of origin. This is basically what would happen during the Big Crunch.

In this situation, gravity becomes the dominant force with the Universe reaching a point in which it stops expanding forever and starts to decrease over time. So, what would this lead to? Complete and utter chaos. Stars, planets, other celestial objects, even other galaxies would collide with each other, causing a very violent end to our universe, imploding the universe back into a singularity.

Researchers from the University of Denmark do not have any good news regarding this theory, as this process of implosion phase transition could already be happening in our universe. Described as a process that is similar to the way water turns into steam, the researchers from Denmark describe this process in an article published in the Journal of High Energy Physics.

The good news is that the latest research has pointed to the universe expanding at an accelerated rate, from a cosmological standpoint, we have no reason to fully suspect a collapse yet, with some of the same minds at the University of Denmark echoing the same sentiment.

How will the universe go?

Since researchers are still trying to understand various aspects of our universe, it is still hard to predict with absolute certainty which one of the scenarios will happen. The properties behind dark energy in our universe could eventually help researchers gain a better understanding of the inevitable end of our universe. Nevertheless, in most cases, you have a couple billion more years of life. What theories about the end of the universe freak you out? Leave your comments below.