The research evaluated trends in consumption of 15 dietary factors from 1990 to 2017 in 195 countries.

According to the Global Burden of Disease (GBD) study, one in five deaths globally, equivalent to 11 million deaths, are associated with poor diet. The research evaluated trends in consumption of 15 dietary factors from 1990 to 2017 in 195 countries.

Too little of the right foods

"This study affirms what many have thought for several years -- that poor diet is responsible for more deaths than any other risk factor in the world," said study author Dr Christopher Murray, Director of the Institute for Health Metrics and Evaluation, University of Washington, USA.

"While sodium, sugar, and fat have been the focus of policy debates over the past two decades, our assessment suggests the leading dietary risk factors are high intake of sodium, or low intake of healthy foods, such as whole grains, fruit, nuts and seeds, and vegetables. The paper also highlights the need for comprehensive interventions to promote the production, distribution, and consumption of healthy foods across all nations."

The research looked at 15 dietary elements and found that diets high in sodium, low in whole grains, and low in fruit accounted for more than half of all diet-related deaths globally in 2017. The causes of these deaths were revealed to include 10 million deaths from cardiovascular disease, 913,000 cancer deaths, and almost 339,000 deaths from type 2 diabetes.

More troublesome, the researchers found that no region in the world ate the optimal amount of all 15 dietary factors although some regions did manage to eat some dietary elements in the right amounts.

The largest and most problematic shortfalls in optimal intake were recorded for nuts and seeds, milk, whole grains. For instance, on average, the world only ate 12% of the recommended amount of nuts and seeds. 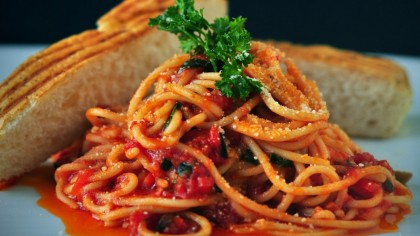 The authors called for a new approach to healthy nutrition that would focus on promoting the healthy foods needed for an optimal diet.

"Limitations notwithstanding, the current GBD findings provide evidence to shift the focus, as the authors argue, from an emphasis on dietary restriction to promoting healthy food components in a global context. This evidence largely endorses a case for moving from nutrient-based to food based guidelines," said Professor Nita G Forouhi, Medical Research Council Epidemiology Unit, University of Cambridge School of Clinical Medicine, UK.