This flashlight is one of the world's brightest. outputting 108,000 lumens. Two 100 Watt LEDs are mounted on the front. LED bulbs produce seven times more light than halogen bulbs, giving an equivalence of  8.4 kW Halogen.

The light is powered by four 5000 mA. At full power, the lights drain the battery in just 10 minutes. Drawing that much power also creates a lot of heat. After six minutes, the flashlight becomes too hot to handle despite its two computer fans within the body.

A 2000 lumen torch, what most would consider to be ridiculously bright, pales in comparison to the monstrous 108,000-lumen torch.

Currently, building the world's brightest torch is seemingly becoming a trend on YouTube. Other YouTubers such as Ecprojects have built similarly massive lights, one of his even surpassed Vorteks's with a flashlight that exceeded  160,000 Lumens. 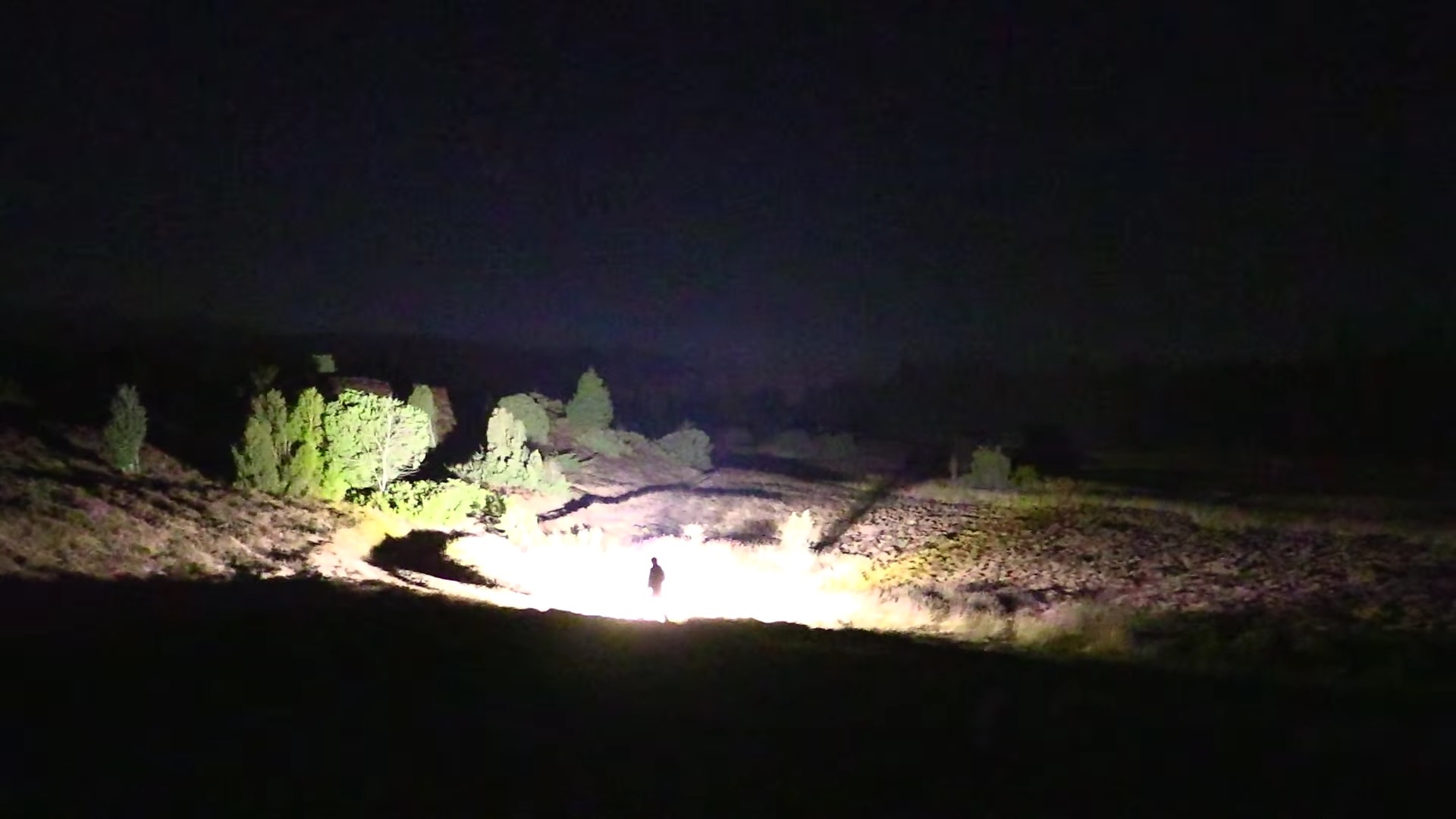 The popularity of these lights aren't necessarily practical, however. Shining such powerful lights into someone's eyes could temporarily blind them, and holding on to such heat could lead to a nasty burn.

Nonetheless, these lights are insanely cool for the few minutes they last.